Dad Horrified By Daughter’s Racy Art Until Flips it Over

It is every parent’s pride and joy, especially if you are a doting father to see your child drawing a picture and proudly showing it to you. Nothing can be more fulfilling as a parent to realize that your child is developing their sense of creativity that they had learned from school and every parent would be more than happy to acknowledge their child’s effort in accomplishing this. But in the case, one father who was taken aback and was perplexed to the point of being shocked by what her little daughter had to show him when the young toddler came home from school one day to show her father what she drew in her school’s art class.

Busing, who is an avid and active Reddit subscriber felt a cold spell creeping up his spine as he was utterly in shock when his bubbly young daughter showed him a drawing that she proudly presented to him that she had made in her school’s art class. Busing was really surprised to see what his daughter had to show him which can be seen below.

As Bubsing took a quick glance, he tried to make out what his daughter drew which to his own point of view, looked very much like a fly with a seemingly questionable body part resembling that of human male genitalia! This threw him off quite a bit as he asked himself what kind of absurdity and lewdness is his daughter learning in school and to think that she was only in kindergarten!? 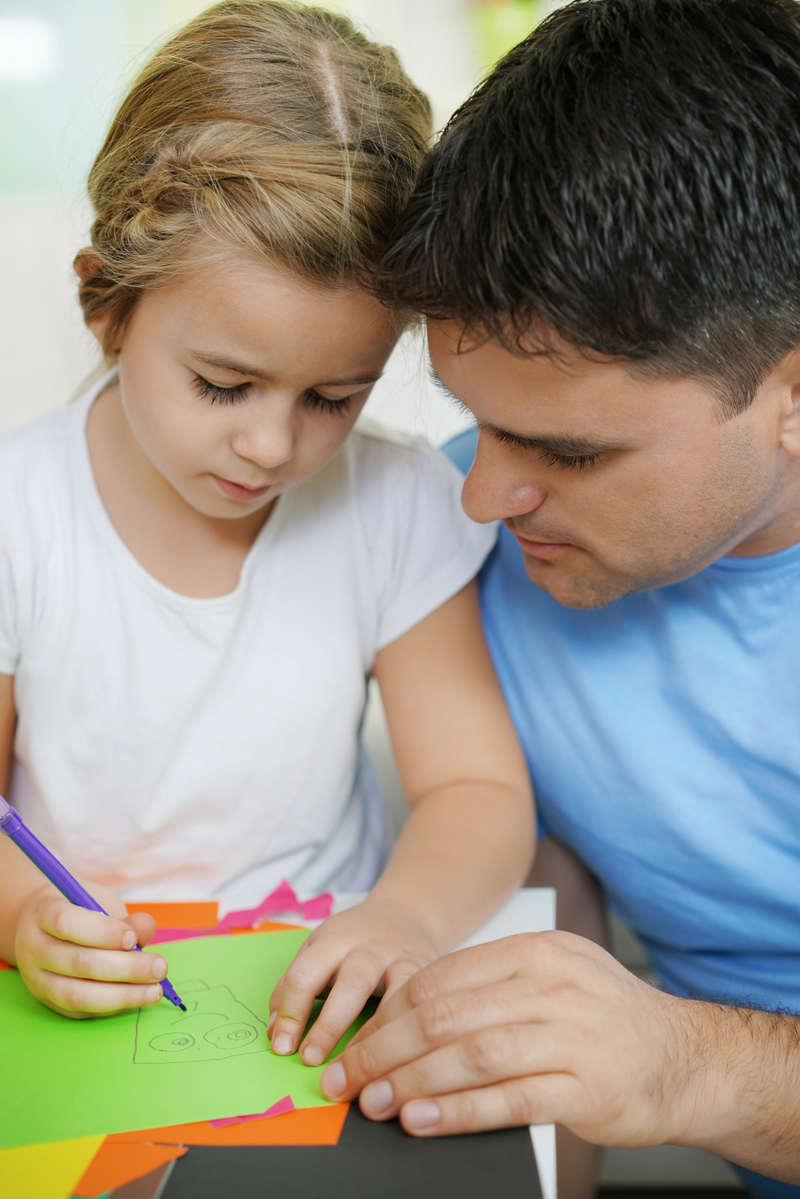 Fathers Get So Easily Dirty Minded

The young girl’s father was now obviously very concerned with what his daughter had shown her, that he tried to hide his nervousness to prevent his daughter to ask what is wrong with her drawing. Confronting and questioning his daughter will only raise the child’s curiosity which could lead him to answer some awkward questions that he felt the child would not yet understand. At that moment, a thought suddenly came into the father’s mind since he was a bit too quick in judging The drawing that her daughter gave him. As it never occurred to him, he was in fact, looking at his daughter’s drawing from a different perspective as he was looking at it upside down!

What he wrongly perceived as a manly girth was actually the eyes and nose of an animated fly! The cartoonish fly that his daughter drew was actually a character from a book that was written by Ted Arnold entitled “Fly Guy Phonics” that the kindergarten students were actually reading in school!

Personally, we really think that the child really has a natural talent for drawing since she actually made her sketches really well as she obviously made it as detailed as possible, judging from the outline including the color as well! And if you would closely compare what Bubsing’s daughter drew alongside the actual illustration of the character in the book, you will agree that there is very little difference in every detail.

If we would take another look at it, you will clearly see why Bubsing was so quick to judge his daughter’s artwork with something that is not even possibly conceivable in the young girl’s innocent mind. But all ends well as the father just laughed off his own misinterpretation of his daughter’s drawing since it was all just an honest mistake on his part.

As parents that are generally very protective of their children’s well being, there is a lesson that we can all draw off from this. Though it may seem a bit funny for most of us in truth is children, especially little girls, do not have the faintest idea of being malicious is, being naughty and rambunctious as they may be oftentimes. As children, they have their own way of knowing what is right from wrong however openly progressive the school system might be.

Sitcoms That Affect Our Lives and Parenting Skills
When you ask anybody who grew up during the ’70s, ’80s and even ’90s about their favorite TV programs, they won’t hesitate in responding and burning enthusiasm about sitcoms that..

4 Coolest Places in The USA For Kids
Keeping your entire family happy and busy for a day may be challenging. There are, however many places you can take them to keep them entertained. Some of the most amazing spots..

The Meaning Behind Your Birth Order
It's a proven fact that birth order significantly influences the development of a child. How parents tend to raise each kid differently poses some pros and cons. Read on to know..