People in the US who welcome the New Year with the pop of a champagne bottle, festive hats, and warm hugs and kisses once the clock strikes 12, should take a cue from other nations around the world, and even from particular areas in the country, and realize one thing: New Year’s Day should be all about food. With the commencement of New Year’s Eve in different parts of the world, carefully baked cakes and pastries overflow the dining tables, as well as lengthy noodles (to represent a long life), field peas (to represent coins), herring (to represent lavishness) and pigs (to represent good fortune). Although the specifics differ from country to country, the common idea remains unchanged: Partake in a banquet and drink together with your loved ones to bring forth another year of wealth and prosperity. Below are a number of typical New Year’s food traditions that are honored in various places across the world, plus a handful of recommendations on the ideal location to share them with your family and friends.

One of the most important New Year’s food traditions celebrated in the American South is Hoppin’ John, a pork delicacy complemented with peas or black-eyed peas (signifying coins) and rice, often paired with collards or other flavored greens (since green is thought to symbolize money) and cornbread (as their yellow color signifies gold and wealth). Hoppin’ John is believed to bring good fortune during the New Year. 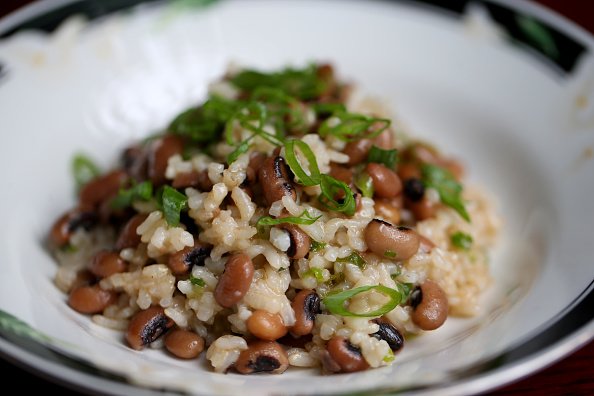 A variety of folk tales offer their own take on the history and title of the dish, but presently, it shares its origins from the unique traditions of Africa and West India and was most probably introduced by slaves to North America. The southern dish can be traced back as far as 1847 from the southern Cookbook “The Carolina Housewife”, written by Sarah Rutledge. The classic cookbook has since been reinterpreted throughout the centuries by chefs. Hoppin’ John supposedly obtained its name in Charleston, South Carolina and is without a doubt a primary element of Lowcountry cooking. With that being said, it is arguably the best place to enjoy the historical dish. Husk, a popular restaurant established by Chef Sean Brock, typically has Hoppin’ John on its menu, and the same goes for the Charleston institution, Hominy Grill.

For many Americans, watching the ball descend in Times Square is a common New Year’s Eve celebration. In Spain however, people pay attention to the airing from Puerto Del Sol in the city of Madrid, a place that gathers partygoers behind its iconic clock tower, which officially signals the arrival of the New Year with a ring. People gathered in the square as well as those viewing the event on their TVs at home, all take part in a unique yearly tradition: the moment the clock strikes 12 at midnight, the Spaniards consume a grape for every clang of the clock bell. There are even those who prepare their grapes beforehand – taking away their skin and seeds – to guarantee that their impending grape-eating celebration will be as swift and seamless as possible. 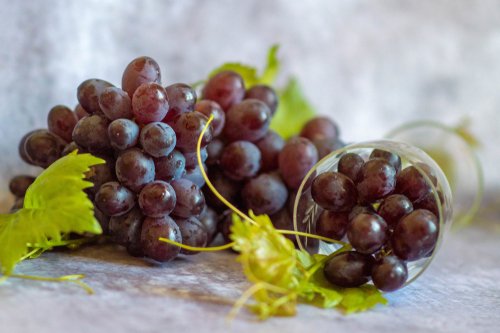 This tradition started during the arrival of the 20th century and was allegedly invented by grape farmers in the southern regions of Spain, who had bumper crops. From then on, the custom has reached various places in the world, particularly in countries who speak Spanish as their primary language. Now, if you want to spend New Year’s Eve in Madrid, you might want to go to Puerto Del Sol prior to the start of midnight. The square is filled with vibrant people and corralled by bars, restaurants and shopping centers, making it a great place to be once the New Year arrives.

The tamale, a traditional Mesoamerican dish prepared from ‘masa’ (or dough), is loaded with sumptuous meat, cheese, and other mouth-watering ingredients, which are then steamed in a corn husk or banana leaf. Tamales are present in virtually any special event in Mexico. The holiday season, however, is a particularly preferred period for making the dish. 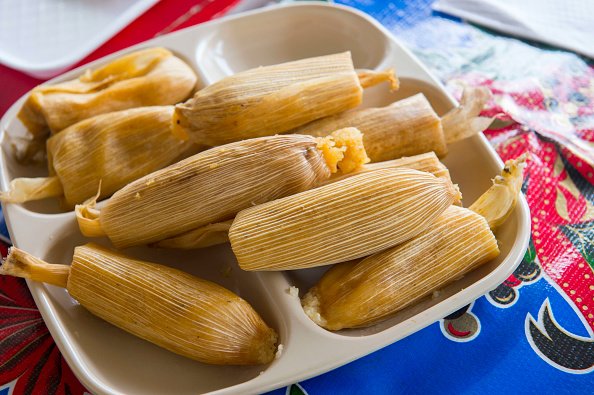 In numerous Mexican households, clusters of women assemble to prepare piles of tamales – with one woman assigned to a specific area of the cooking process – and share them with loved ones. During the New Year, the dish is mostly paired with menudo, a spicy, meaty and hominy stew recipe that is known to be effective in curing hangovers. If you reside in an urban area that has a prominent Mexican population, then you won’t have any trouble locating restaurants that offer tamales. In case you prefer the authentic version, however, it would be best for you to head over to Mexico City, where you will find plenty of areas teeming with steamed tamales (the real thing), from countless vendors in every street and corner of the city, regardless of the time of day. Additionally, genuine tamales can be ordered from well-known restaurants, like the Pujol.

For Dutch people, New Year’s Eve is welcomed with the preparation of Dutch donuts, dutchies, or ‘oliebollen’, as they are called in the Netherlands. These deep-fried pastry delights are found at particular street vendors and are part of the country’s customary New Year’s food. They are essentially doughnut balls, prepared by deep-frying an ice cream scoop of dough skewered with currants or raisins and sprinkled with ground sugar once cooked. 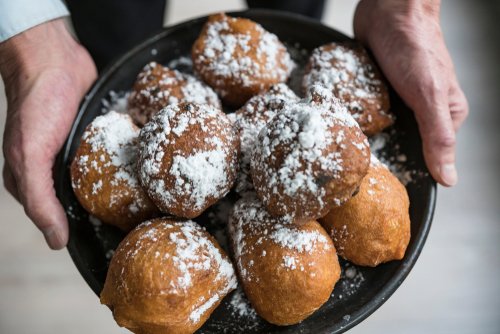 When you are in Amsterdam, try to focus your gaze on Oliebollenkraam, tiny provisional hovels or trailers on the street who sell packs of freshly-made ‘oliebollen’.

Marzipanschwein or Glücksschwein, Austria and Germany

For Austrians, and their neighbors, the Germans, New Year’s Eve is referred to as Silvesterabend, which translates to the eve of Saint Sylvester. Partygoers in Austria gulp a red wine punch mixed with cinnamon and spices, feast on unweaned piglet for supper and embellish the dining table with tiny pig figures made from marzipan and marzipan schwein, a confection that consists mainly of sugar or honey and almond meal, and at times amplified with almond oil or extract. 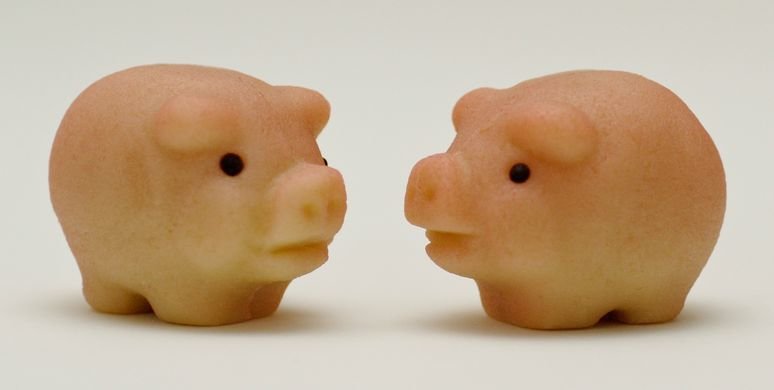 Good luck pigs, or Glücksschwein, as they are called in their native tongue, consist of a wide array of things, and are traditional gifts across Austria and Germany. During the Yuletide season, bakeshops in Vienna are flooded with an assortment of pig-fashioned treats and pastries. Make your way to Julius Meinl to discover a remarkable showcase of pig-designed Champagne truffles, marzipan, and chocolate in a range of dimensions, which you won’t find anywhere else.

For families in Japan, eating buckwheat soba noodles, or toshikoshi soba during midnight on New Year’s Eve is a common tradition that signifies bidding goodbye to a year that went by and welcoming a whole new year that has just arrived. This custom can be traced back to as far as the 17th century, and the lengthy noodles denote a long and prosperous life. 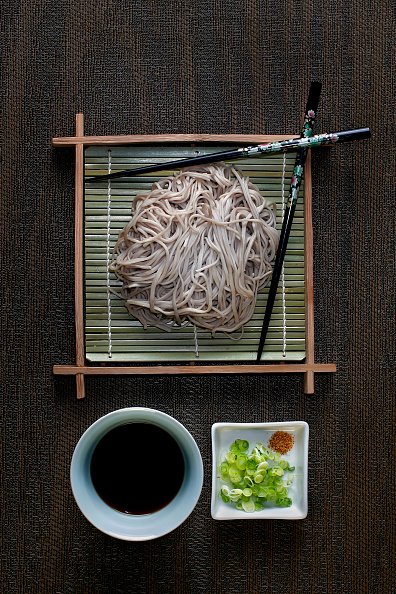 Another tradition referred to as mochitsuki, has family, friends, and neighbors gather around and devote the entire day prior to New Year to crushing mocha rice cakes. Tasty, gooey rice is water cleansed, drenched, steamed and pounded into an even bulk. Afterward, guests rotate in nabbing away bits and pieces to create tiny buns that are eventually prepared for dessert. When you are in Tokyo, you might want to try the soba expert, Honmura An, at the Roppongi entertainment district.

King Cake, Around the Globe

The tradition of preparing a cake for New Year is a practice that traverses a myriad of cultures and beliefs. For the people of Greece, they have their Vasilopita, in France their gâteau or galette des rois. People in Mexico have their very own Rosca de Reyes, and those who live in Bulgaria indulge in the banitsa. 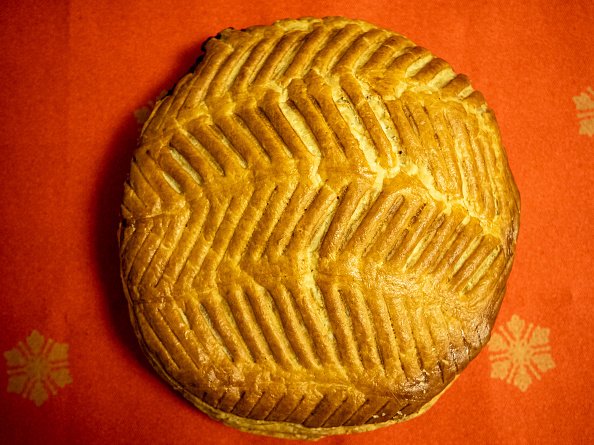 The majority of the cakes are devoured during midnight at the onset of the New Year’s Eve – although there are cultures who slice their cake during Christmas or the Epiphany at January 6 — and features a concealed golden coin or symbol, which signifies a year of prosperity to the lucky person who finds it in his or her slice.

People in Italy commemorate New Year’s Eve with La Festa di San Silvestro, typically starting with a customary cotechino con lenticchie, a sausage and lentil stew which is believed to offer good fortune (the lentils exemplify wealth and prosperity). In some families, they also add zampone, a stuffed pig’s trotter. 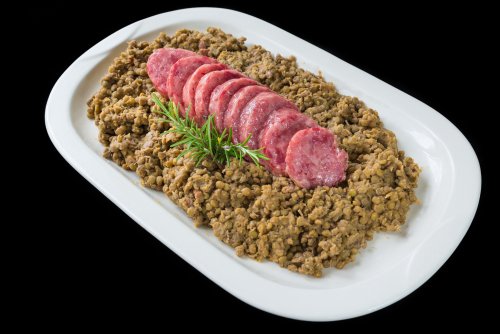 Since herring is bountiful in Poland and certain regions of Scandinavia, and since they are likewise covered in bright silver, a lot of people in the country consume pickled herring on the stroke of midnight during New Year’s Eve to welcome a prosperous and abundant year. There are even those who indulge in pickled herring mixed with cream sauce and those that pair it with onions, as well. 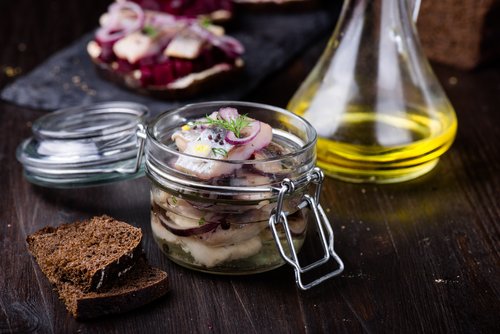 An important New Year’s Eve dish of pickled herring in Poland, referred to as Sledzie Marynowane, is prepared by drenching entire saltwater herrings in water for a whole day and then depositing them inside a jar together with onions, allspice, sugar, and white vinegar. For people in Scandinavia, herring is typically paired with a bigger New Year’s Eve smorgasbord (an all-you-can-eat banquet that provides a range of hot and cold meats, salads, hors d’oeuvres) alongside smoked and pickled fish, pate and meatballs.

Kransekage, which literally means wreath cake, is a type of cake tower consisting of numerous concentric circles of cake layered on top of each other. This fortress of cakey goodness is prepared for New Year’s Eve and other important events in Danish and Norwegian culture. Kransekage is made with marzipan and typically decorated with a bottle of wine or Aquavit in the middle. It may also be topped with decorations, flags, and biscuits. 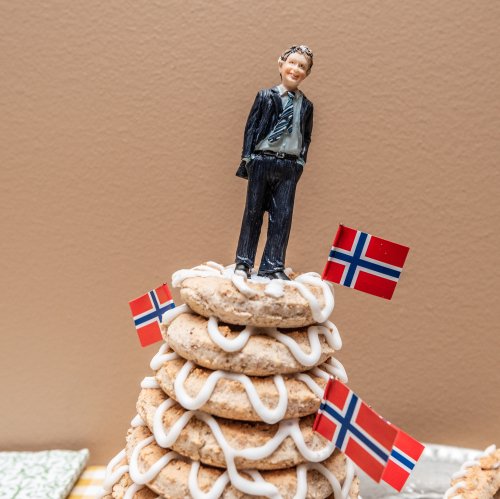 For people who are unable to head to Copenhagen to indulge in authentic Danish delicacies, they might want to consider Larsen’s Danish Bakery in the Ballard neighborhood of Seattle, as an alternative. The place has been operating a mail-order-delivery service for quite some time now and they have catered to kransekage fans throughout the US. The Danish Bakery also meticulously boxes every ring on the cake tower separately to provide a seamless arrangement exactly prior to your New Year’s Eve celebration.