Don’t Just Toss Them, Learn How to Fold Them

November 28, 2021 | Mila Serfontein
Share on Facebook
Have you ever picked out a shirt from a neatly folded pile only to have everything tumble down on you, or even worse, the floor? And when that happens, have you then angrily tossed back your clothes into your closet in a messy and unorganized way? If that is you, then here are some techniques that can help you create a space that is functional and organized. 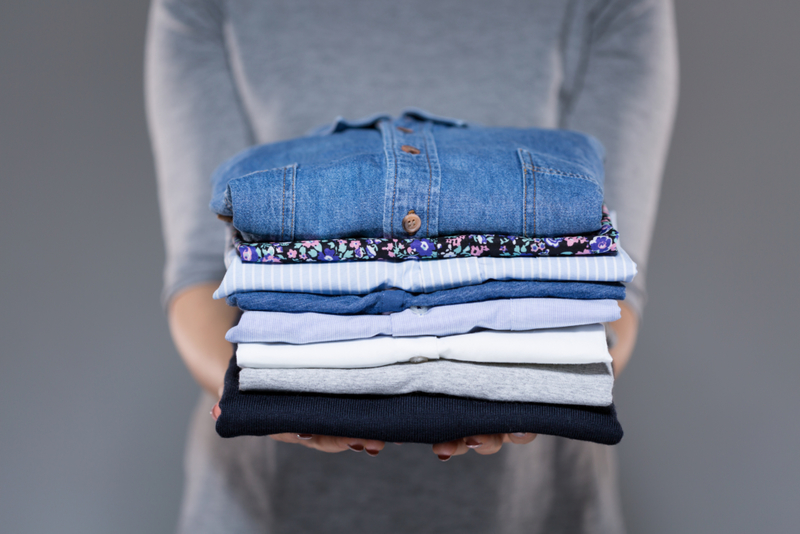 It came down to a robotics program at the University of California, Berkeley to figure out the most efficient way to fold a t-shirt. The technique is simple:

Place the t-shirt on the table and if necessary, have the print facing down.

Fold the arms towards the center.

Now fold the length of the shirt towards the center on both sides to create a rectangle.

Then fold the shirt from the bottom towards the top, essentially reducing it in size.

Insert a smooth and perfectly folded shirt in your cupboard.

Give yourself a high-five.

It might be strange to think that folding your dress shirts instead of hanging them will cause less wrinkling but folded properly and will. On the plus side, it also reduces hanging space!

Place the shirt on the table, button it up the whole way, then make sure the buttons are face-down.

One sleeve at a time, fold the sleeve towards the center, making sure you fold it in line with the seam.

Now fold the sleeve at a 45-degree angle so that the sleeve points towards the hem of the shirt.

Now repeat this process with the other sleeve.

Now fold from the hem a third way up, then fold it again.

Turn it around and appreciate your hard work. 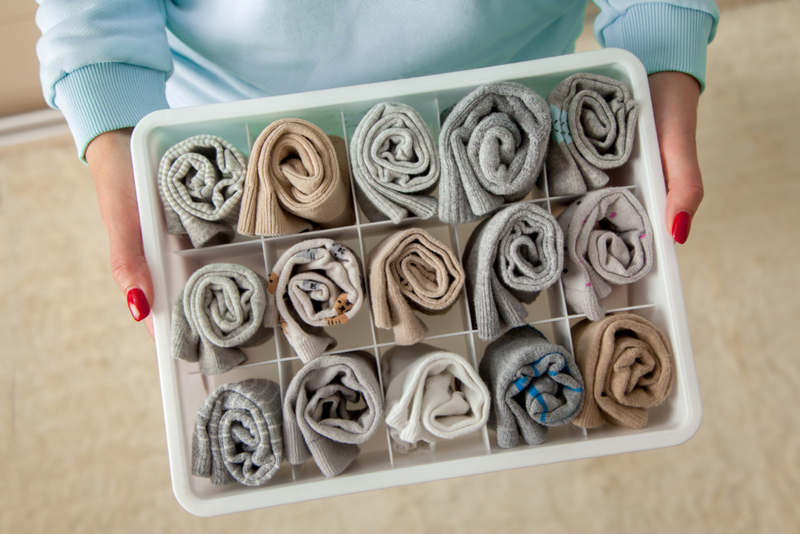 Before you think folding socks is an absolute waste of time, just remember that if you don’t fold them properly – they will become stretched out. Unless you want that, try this out:

Place one sock at a 90-degree on the table, then place the other under the sock at a perpendicular angle to create a ‘T’.

Now take the right end of the perpendicular sock and fold it towards the center.

Repeat on the left side.

Now take the bottom of the other sock and fold it over the folded perpendicular sock to create an overhang.

Tuck the overhang between the layers of the perpendicular sock.

Let’s face it, you love it when your underwear and sock drawer is neatly organized. You can easily find your Tuesday boxers and it saves a lot of space if folded well. It’s not a challenging task packing away clothing, it is just a tedious task that can be a bit boring. If you follow these techniques, you will just have to fold your new clothes while the structure you’ve created stays strong.