Foods You Should Never Eat on a Plane

Let’s just admit it — there’s not much about enjoyable air travel. Airplanes and airports are necessary evils when we’re traveling long distances, and we all just tend to grin and bear it. The restaurants inside of airports might be a light in the darkness of the terminal, but the food served on the planes is a whole different story. Say the phrase “airplane food,” and you’ll likely hear a chorus of groans, with most people admitting that it’s best to stay away from that particular in-flight offering. Here’s what you should avoid until after your flight. 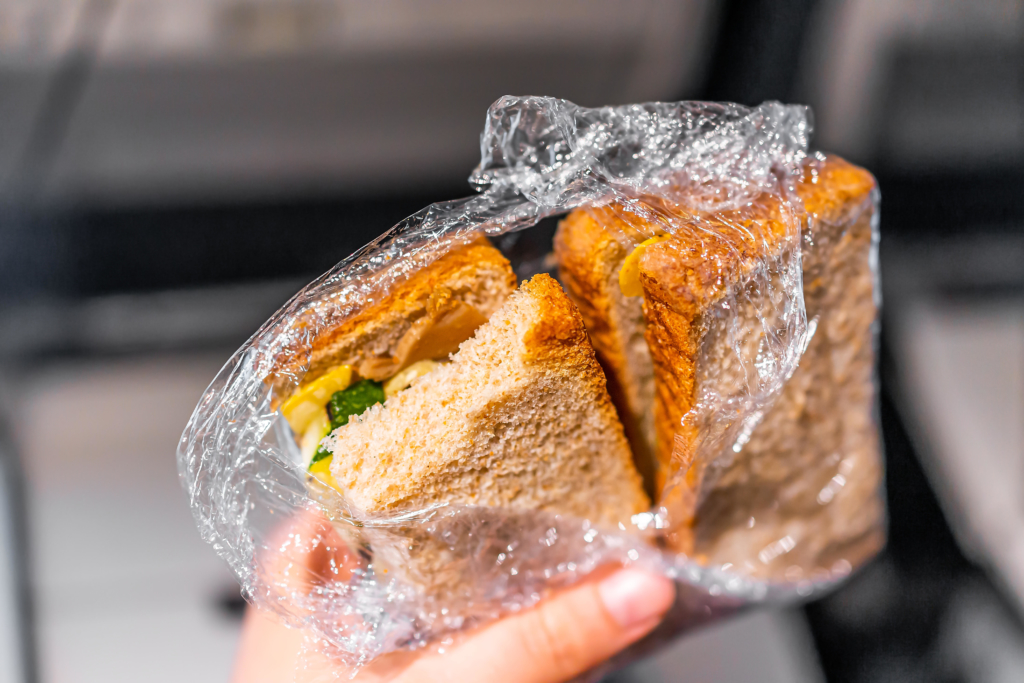 If a flight attendant says not to drink the water on a plane, there’s probably a good reason, and that’s precisely what one 20-year veteran of the skies told Time. Turns out the holding tanks for water can be a breeding ground for bacteria and are typically cleaned only once a year. Even after making their cleaning and testing requirements are more rigorous, 12 percent of commercial airplanes still tested positive for coliform (a bacteria often found in feces). Next Time the beverage cart goes rolling by, grab the bottled water instead.

In keeping with the bacteria-ridden beverage theme, hot drinks are also a no-go. Because the water used to make coffee and tea comes from that same rarely cleaned water tank, you might be sipping on coliform-laden Earl grey. Good thing there are Starbucks at every airport.

When the late chef Anthony Bourdain was asked in an interview if he eats plane food, he responded: “Never. No one has ever feels better after eating plane food…” And that about sums up how most people feel. But why is it so bad? One reason is that our taste buds are affected while in the air — we can’t taste salty and sweet flavors as we usually would, so everything tastes bland. Another culprit: Meals might be reheated, cooled, and reheated a few times over, leading to dried out protein and less-than-ideal texture (mushy pasta, anyone?). No matter how you feel about Bourdain, he was probably right about this one…

10 Interesting Facts About Americans
Here are a few things you need to keep in mind about Americans and their unique culture while.