Fresh Door Alternatives for Opening Up Your Space

January 4, 2022 | Michelle Muller
Share on Facebook
Doors aren’t the first thing we think about when we’re brainstorming ideas to upgrade our home. New furniture, paint, and DIY projects tend to be the go to’s, but swapping our current doors for something a little more unusual can make your home feel both personal and charming. It turns out, replacing doors is not as difficult as we would expect. Perhaps you’re in a small studio apartment that doesn’t have any privacy other than the bathroom—or maybe you live in an open-style home, and you’d like an alternative to section off the sitting area. Or it could just be that you’re tired of your basic builder-grade doors. No matter your situation, fun or different kind of door styles can help and could be just what your space lacks. So whether you fancy a bi-fold design or DIY a new door, you’ll be adding interest to an all too often overlooked feature of your home. Here we’ve rounded up a collection of unique door alternatives worth trying in your space.

If there’s no dedicated space for your office at home, a sliding door, like the one below, can create a place out of a larger room and turn that into an office nook. These kinds of doors are placed on tracks, leaving the door somewhat open will feel welcoming and not exacting. 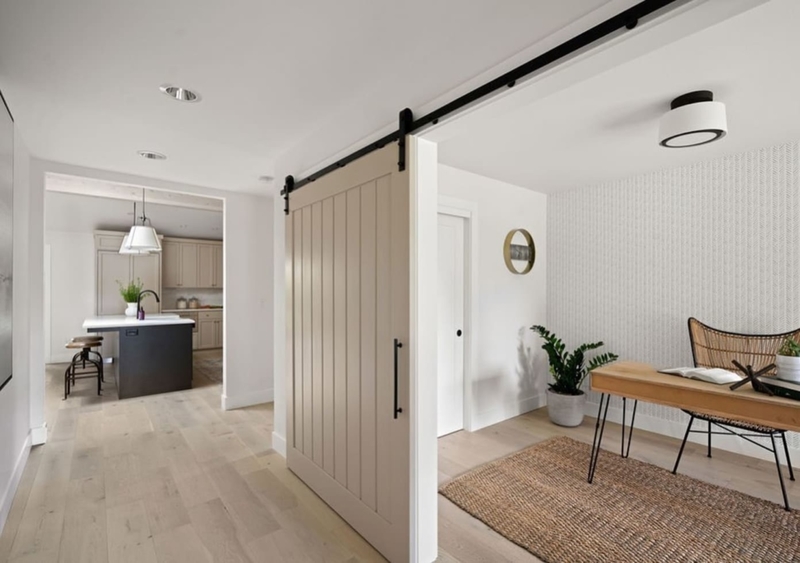 You don’t necessarily need a door to close off a room—a decoration made of beads can separate spaces just as quickly. Beaded curtains also add a slightly bohemian vibe, can provide a nice contrast to the rest of the room. And if you decide to use a tension rod, there’s no need to make any holes in your walls either. Why use one door when you can have two? Double doors show just how elegant a symmetrical set of doors can make a room feel. Swinging a pair of doors when coming into a room is definitely a way to make an entrance.

Another way to pep up a plain door is by coating it with chalkboard paint. That way, you’re making the door even more functional, since you can write notes, lists, and reminders to it. The bold black color is a great contrast between the chalkboard paint and the walls that can turn your door into a striking feature. 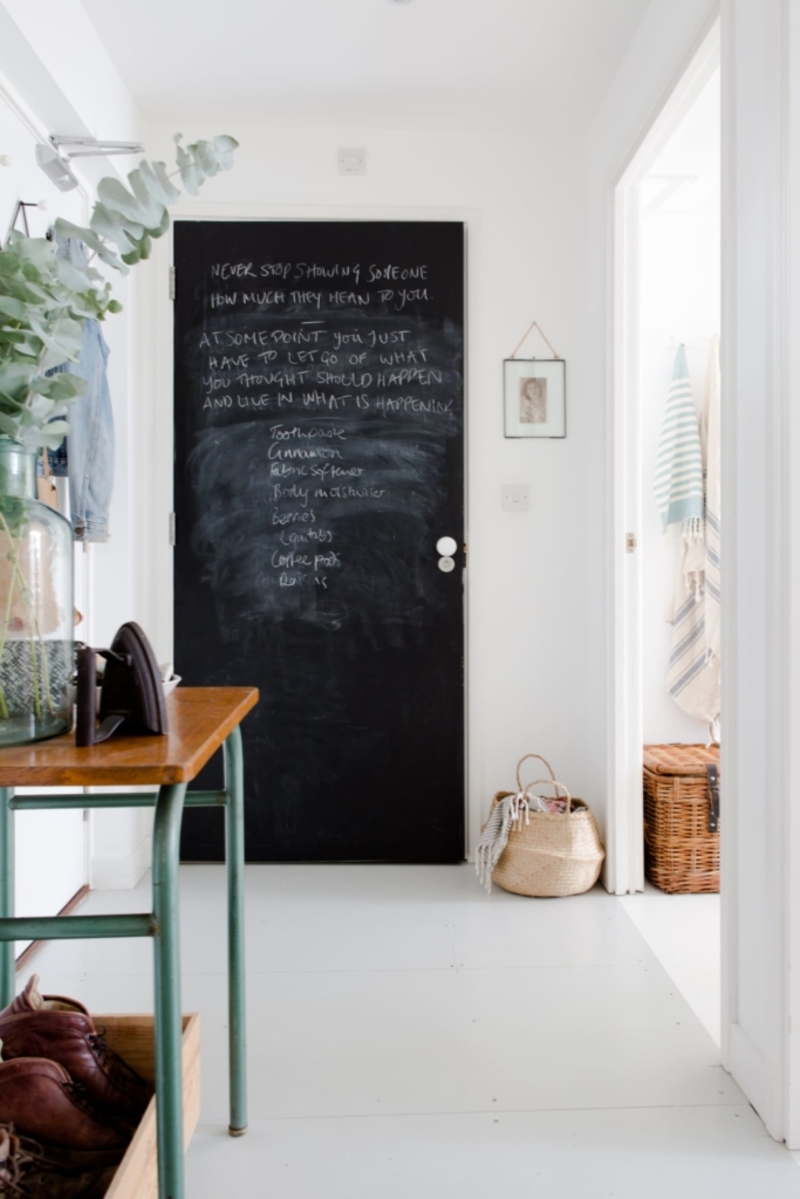