If you have traveled to more than one country especially outside your region, you have most likely experienced cultural confusion. If you are visiting another country, it is normal to have misunderstandings, big or small, because you are immersed with another culture that is not familiar to you. Oftentimes, the situation can be humiliating and awkward. I remember one embarrassing misunderstanding I had in Japan when my hostess was showing me the antique design of a teapot, and I thought she was giving the teapot to me as a gift. I almost melted in shame, as I took out the teapot from my bag and handed it back to her, while she just smiled back to me politely.

Cultural confusion can also be hilarious at times. One time when my husband and I were roaming around London, we saw signs everywhere that read: Bill Posters will be prosecuted! We wondered what grave crime Bill Posters had committed to bringing about such anguish from the local people.

The threatening signs for Bill can be seen all over the city, which made us more curious about what crime he committed. We came to the conclusion that maybe Bill was a terrible crime and was on the run. My husband and I were totally convinced until we spoke about it with a local, that is. The Brit certainly laughed and explained that the sign actually means no one is allowed to put up posters or anything on the wall.

We end up sharing the story of our friend who had a misunderstanding similar to that when he was in the United States. A sign in one of the malls got him really astonished because it says, “No stroller allowed.” This sign got him thinking how on earth would the mall expect to make some sales if no one is permitted to come in and go around the mall.

It was after some time when he realized that the word “stroller” means “baby carriage” in the US. You’ll also find cultural confusion in professional situations as well, resulting in awkward moments. An example situation of this is during dining, and you are used to finishing everything you have on your plate, but in the Asian culture, it is good manners to fill your dish constantly with more food.

This is to say that people must learn to adjust and adapt to the local culture, wherever they may be, and not to contend with their own culture and force that it is the right one. However, there are times when you are not just aware of some things. This happened to me when I was in Latin America. As I am used to being on time, I came on the agreed time for a dinner arrangement, but my hostess was still in her robe with curlers on her hair.

I later found out that it is their custom to be at least one hour late from the agreed time. Another awkward misunderstanding I had was in Brazil when I took one of my customers, who was an Orthodox Jew, to a restaurant called “Pork Heaven” because I misunderstood the restaurant’s name. 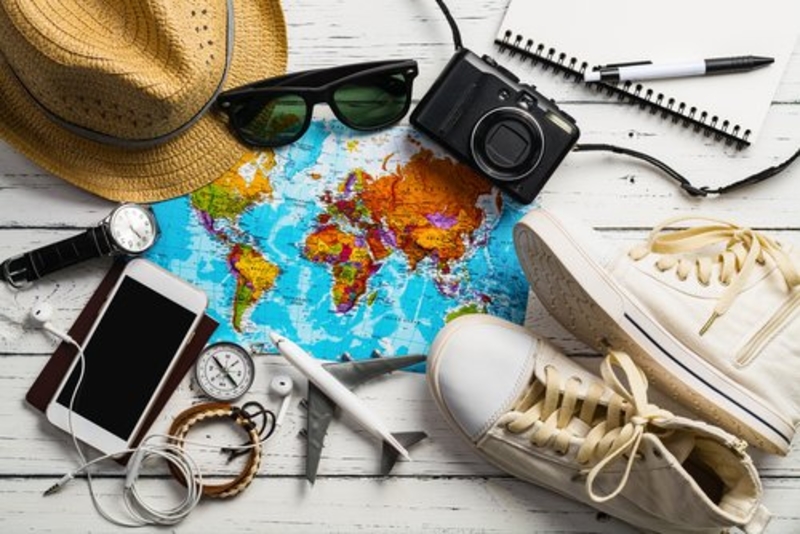 Cultural confusion can even cause problems or get you in trouble, making you look offensive and bad-mannered. In Brazil, you cannot make the “OK” sign, which is the thumb and the forefinger, because it is rude. The same thing in the Middle East when you give the thumbs up, it’s like giving the finger. Thankfully, people are now open-minded and so when they see you that you are a foreigner, they can just forgive you. However, you’ll never know.

But nothing is worse than my experience in Beijing when I thought I was in a massage spa when all along it was a brothel. Massages in Asia is one of my favorite things because they are much cheaper than in the US. When I was working in China, I go to Dragonfly, a chain of massage spas, regularly. I really liked it over there. One time I was in an unfamiliar part of Beijing and I thought of getting a massage.

The Dragonfly in the local area was a bit too far and difficult to get to, so I just searched for another massage spa nearby. Within a few blocks, I saw what seemed to be a massage spa, and so I went over there. It was nothing like a normal spa. There were neon signs. In the windows, you can see photos of women, who I thought were a masseuse.

I was feeling a little doubtful at that moment, but I presumed that it is because the place was new to me. All my life of traveling I usually get to an uncomfortable and unfamiliar place or situation, but in the end, I would discover something great. So, I went inside. Inside the lights were low, and I could smell incense. I could hear the soft music of nature like the sound of water and birds. Such things can be found in typical spas, so I was confident.

The hostess came to me. It was strange because she was not smiling as a typical hostess of a spa would do. She looked at me rather worried. She spoke to me in Chinese. I responded to her by doing the action of getting a massage, kneading and rubbing my fingers on my shoulders.

She summoned another woman and the two conversed in what seemed to be a long while behind a beaded curtain. The other woman finally can out and spoke to me in Chinese. So, I demonstrated once again the action of getting a massage. I thought to myself, why this is difficult for them to understand. I was already thinking of all sorts of possibilities why they are confused. Maybe they are already fully booked or perhaps they don’t accept foreigners or it’s their lunch break. At last, they brought me to a room with dim lights and a massage table (so as I thought). I undressed and lay down on the table with my face down.

A woman then came in and gave me a massage. Although it was not really that great, it was quite good. I paid for the massage and gave the woman a tip. Then, I headed home. It was Monday the following day, so everybody was talking about how their weekend went. I told them about the massage I had. One of my colleagues was surprised and couldn’t believe I went all the way to Dragonfly.

I went on to say that I had the massage in a different place, which is a couple of blocks away. After learning the location, my colleague told me that it was not a massage spa that I went to, but a posh brothel. Everybody just laughed as they find it hilarious. Perhaps the owner of the brothel thought of offering legitimate massages after that experience of mine.