Holistic Versus Trend: The Battle of Western Yoga

It was when I was thirteen when I received inspiring words from a famed yoga instructor. “Nice job, you’re really flexible, I could see you being a teacher someday.” It was this feedback that motivated me to keep learning and practicing the discipline.

My dad had taken me to this dynamic Ashtanga yoga class located in a place called the Art Barn; a quaint, green, A-frame home that is hidden by the abundant rain forest of Hana, Hawaii. I was mesmerized by everything: from Sanskrit hymns to the handstands. I fell in love in an instant. Aside from liking how the session was both physically and mentally challenging, I also enjoyed the fact that I was excelling at something (as a young adult, I was extremely flexible).

I was in a great relationship with yoga until last year, at the age of 25, I felt an incredible pain in my coccyx or my lower tailbone, sacroiliac or SI joint, and my knees. The SI joint is that small joint found behind the hips that joins the pelvis to the bottom of the spine and is fortified by strikingly strong ligaments.

After doing some research and checking with experts about what I was feeling, I realized that there was one specific yoga sequence that pulls on the ligaments around the SI joint. The thing is, once a ligament has been extremely extended, the resulting slack can no longer be undone. This is a challenge because there are sensitive joints that rely on the ligament’s support. So I had to go and research on yoga poses that will aid in reinforcing the muscles surrounding the ligament and won’t require stretching it. What I found, however, was so much better: I stumbled upon a class on my favorite social media site that supports the frequently ignored SI joint.

Tiffany Cruikshank, the instructor, has been teaching yoga for more than 2 decades, and invests her time in training yoga instructors to equip them with the necessary wisdom to approach the discipline from an anatomically enlightened angle. She easily became one of the best online instructors in my book, with her meticulous methods that incorporate the body’s physiological functions in understanding poses. 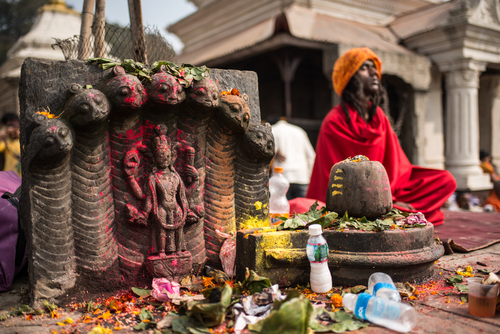 In the last ten years or so, there has been a massive increase in yoga practitioners in the west. According to the 2015 National Health Statistics Report, the number of Americans who practice yoga has increased from 5.1% in 2007 to 9.5% in 2012.

However, along with this boost in headcount is the spread of yoga horror stories as well. Stories about the injuries yogis obtained filled the headlines, (i.e. “Headstands Lead to Strokes”, “Yoga Wrecks Your Body”) but were countered with countless articles that still encourage people to practice the discipline. But of course, there is always that mediating middle ground, composed of yoga practitioners and health experts that try to bridge the gap between the ancient practice of yoga and modern Western medicine. They, or we, believe that awareness is key to merging these two opposing forces and making them complement each other.

Yoga as Medicine author Dr. Timothy McCall publishes numerous pieces on women with stage II and III breast cancer. In one of his studies, he reported that yoga may be used in conjunction (not in place of) with primary cancer treatments such as radiation, chemotherapy, and surgery. He believes that practicing yoga will help fight against their harsh side effects as it strengthens the immune system and fosters psychological health. “I’ve definitely seen people with herniated discs, cancer, fibromyalgia, headaches, back pain, etc. be positively affected by yoga.

Cruikshank, who has more than 25,000 patients treated even recommends yoga for cancer patients. Her primary reason for founding her organization, the Yoga Medicine is to enforce the relationship between Western and Eastern medicinal approaches.

Cruikshank participated in a Wilderness camp when she was 14. One of their guides was an herbalist and shared her knowledge about the medicinal properties of plants. It immediately caught her interest and since then, started concocting serums made of plants, completely soaking in all intelligence on herbal medicine and natural wellness. As a teenager who was also a tennis marvel, she already had insight about physical fitness.

With her newfangled passion for holistic wellness, yoga was no doubt the clear choice. “As a young athlete, the physical side of yoga drew me in initially, but there was always something deeper that kept me coming back,” shared Cruikshank. Cruikshank started her practice back in the ‘90s, when western yoga was limited to direct adaptation of the eastern practices.

Back then, quirky modern sessions such as the “Blacklight metal Yoga” and the strictly physical ones such as “Core Power” were still nonexistent. However, over the last few decades, we have seen a slew of yoga adaptations all around the world, from Hong Kong to Edinburgh, with a wide array of asanas and countless forms of meditation. The modern era gave birth to Sidney’s “Kink Yoga” and New York’s “Rave Yoga”, as well as a plethora of asanas modifications that will suit practitioners’ varying preferences. 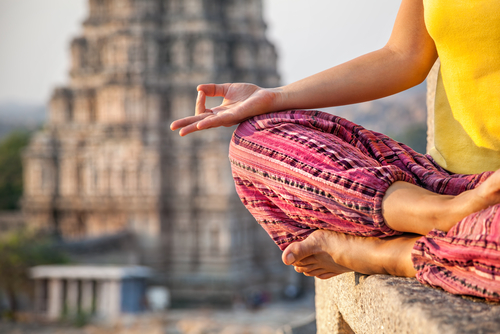 Plenty of western yoga critics chastises the practice for its tough result-based approach. They question the concept of yoga prioritizing perfecting the poses over your journey of getting in and out of it. And while it is true some practitioners adhere to that method and that it might not be a healthy point of view, there are still countless of professionals who focus on ultra-physical and posture-driven practices that are mindful and respectful to one’s alignment.

Cruikshank says that for her the different aspects of yoga have interested her over the years. Initially, she felt, it was the physical challenge but as time went by it was the spiritual wellbeing element that began to appeal more to her.

Despite yoga giving countless positive mental and physical benefits, it goes without saying that there are precautions that must be taken as you twist your body into challenging positions repeatedly. Just as Crossfit could be dangerous and prone to injuries for its competitive and time-based nature, yoga is susceptible to harmful side effects as well, especially when done so in a competitive environment, one that lacks complete physical awareness. 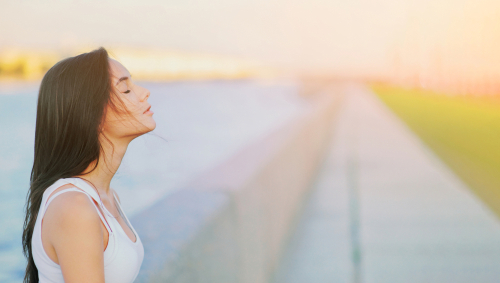 Fortunately, training centers such as Yoga Medicine are slowly emerging. These institutions educate trainers and home-based yogis to be fully aware of their bodies. Tias Little. a highly-acclaimed yoga instructor who has a background in Eastern Philosophy and Somatic studies conducts intensive low back sessions that educate students on how to limit their mobility and strength in practicing yoga.

He recommends regulating the body’s desire to use up all its energy in doing hip and lower back poses to somewhere around 80 percent. Aging has a significant contribution in transforming the practice of yoga, regardless if it is a shift from 20 to 30, or 40 to 50, there will always be some sort of drastic changes.

For Cruikshank, who suffered from a serious spine injury, had no choice but to alter her practice a great deal to aid with her recovery.

Cruikshank’s impressive educational background includes a Bachelor’s degree in Medicinal Plant Biology, a Masters in Acupuncture and Oriental Medicine, and a specialty in Sports Medicine & Orthopedics, to boot. She has over 20 years of experience in teaching yoga and completely epitomizes the harmonious balance between Eastern and Western medicine. In 2012, in a National Health Interview Survey, participants revealed that yoga was helpful in treating mental health and musculoskeletal conditions.

These results are not a surprise to the yoga community, as it has always been common knowledge among yogis. The study’s confirmation simply validated the existing theory. Little and Cruikshank both agree that the most common condition that yoga has been continuously treating is back pain.

They believe in the importance of keeping yoga instructors informed about the physiology of the human body, as this will legitimize yoga as a practice that can be used along with Western medicine to treat physical and mental conditions such as back pain and depression.

In recent years, a holistic perspective to wellness has slowly gained traction in the mainstream world, giving way to yoga. Its capacity to harmonize the physical, social, and psychological aspects of health makes it a great option for those who are passionate about holistic wellness. Whenever Cruikshank has new students or patients coming in, they are asked to take an intensive questionnaire that will allow her to approach their illnesses from different angles. 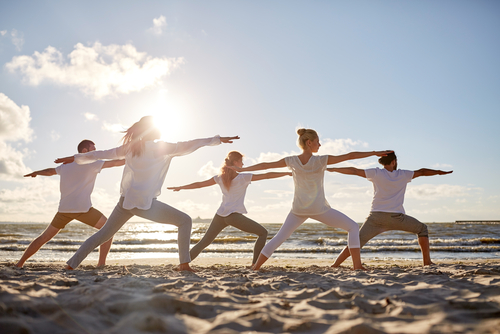 She revealed that one of her patients, who was under the impression that she had a physical ailment, was actually just carrying a lot of trauma and that the pain was always in her neck. This is where the beauty of yoga comes in. Being aware of patterns and connecting to the body.

Meditation is also a great way for people to just take a step back and detach from the negativity that has been enshrouding their positive energy. Pranayama, on the other hand, is a technique of controlled breathing that is essential in yoga.

It could be performed along with meditation and asanas to maintain quality of objectivity, giving space to break from all the physical and mental negativity. Over the decades, yoga has undergone plenty of transitions into the modern days. The discipline has absolutely inspired its avid practitioners to focus on overall self-care: physical, spiritual, mental, and social.

It has taken a step further by incorporating the body’s physiology and anatomy in order to prevent injuries and maximize its potential to the fullest. Cruikshank says, “I think some of the trendy things of yoga will come and go and the things that are really significant will stick around”

Healthy Snacks to Enjoy While on a Diet