Reducing the salt in your diet is a great step towards a healthier life-style, but it can be challenging as salt is in almost all of our foods. Still, there are many ways to do hold onto our favorite foods while cutting down on the salt intake. Here’s how.  When trying to reduce your salt intake, keep in mind that it’s better to start slowly. Taking salt away suddenly can shock your taste buds. According to Sonya Angelone, it’s better to start off by cutting the amount of salt intake in half.

Angelone is the media spokeswoman for the Academy of Nutrition and Dietetics and the registered dietitian who specializes in cardiovascular diet. Another way to cut down on your sodium intake is to look for low-salt or reduced-sodium versions of your favorite food.  Of course, it’s also ideal if you can make your own version at home, like making homemade sauce for your pasta. Canned tomato sauce can have as much as 1,000 milligrams of sodium per serving. 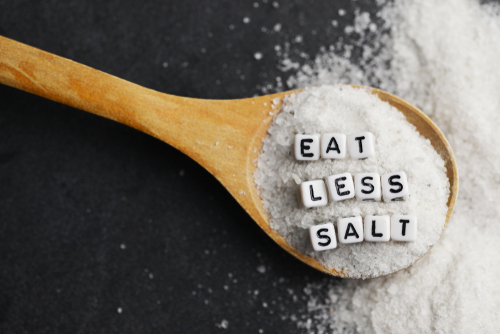 Angelone shares that tomato paste and canned tomatoes, have significantly less sodium content, with paste having very little and canned tomatoes with about 300 mg. She recommends using these instead and you can simply add low-sodium chicken broth or water to make the sauce. Another alternative to salt when it comes to giving food flavor are herbs and spices. Spice blends that don’t contain any salt are very useful in cooking.

She explained that for Italian dishes, you can use oregano, rosemary, or thyme, while for Mexican dishes, some of the popular spices used include paprika, cumin, and chili pepper. When it comes to eating out, it’s best to skip the sauces and go for steamed dishes like fish and vegetables instead.  The same can be applied when shopping for food. Try compare the sodium content of the foods you usually buy to other similar brands.

Breads and rolls are some of the foods with the highest sodium content in the American diet, according to the American Heart Association (AHA). According to Angelone, some rolls contains as much as 400 mg of sodium while others have only half the amount.

Apart from bread, other high sodium foods include cured meat, sandwiches, cold cuts, poultry, pizza, and soup. Don’t forget that sodium may not be directly written on the food label. Sodium is also known as monosodium glutamate, fleur de sel, and disodium guanylate. Other forms of salt available on the market may also seem to be healthier, but in truth, they just have the same sodium content like sea salt, Himalayan pink salt, and kosher salt. Apart from this, it’s also recommended to cut back on the consumption of processed food. 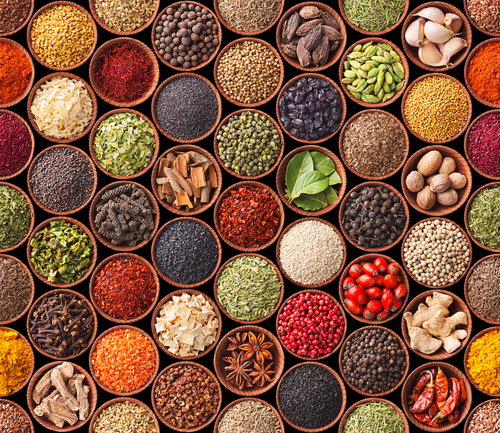 The Problem with Processed Foods: Sodium vs Salt

Sodium is a naturally occurring mineral that is found in foods. It also becomes part of our diet when we eat processed food. The white salt crystals we are familiar with are a combination of both sodium and chloride, specifically 40% of sodium and 60% chloride. If you’re fond of sprinkling a teaspoon of salt on your food every day, eliminating that habit will make a huge impact.

However, that’s just the beginning as only 11% of our sodium intake comes from the salt shaker with we may use when eating or cooking. Only 15% of sodium comes from food in the normal American diet. The rest of the amount, more than 70%, in fact, comes from sodium present in restaurant and packaged foods like lunch meats, canned soups, and frozen foods. Among some of the top foods usually included in one’s diet that are high in sodium include cheese, soup, pizza, cake, cold cuts, rice, milk, burritos, and eggs.

Manufactures usually incorporate sodium in their food not only to improve the texture and flavor, but also to aid in food preservation. However, they also end up adding significantly to our sodium intake. If less sodium is used during the food processing stage, it would be much easier for consumers to reduce their intake too. The Food and Drug Administration (FDA) recently outlined some suggestions on voluntary sodium reformulation for processed foods to help Americans reach the appropriate sodium level.

Using Potassium To Cut Down on the Salt

Apart from limiting sodium from the food we eat; experts also advise consuming foods that are rich in potassium to help with salt detox. Angelone said that while sodium causes stiffening of the arteries, potassium does the complete opposite. She recommends reducing intake of high-sodium processed foods and instead, consuming produce that are rich in potassium instead. Eating unsalted beans, legumes, and nuts will also help maximize a salt detox. By eating fresh and simple foods and cutting back on salty, processed ones, you automatically help yourself reduce your sodium intake. She also said that when choosing to eat salty foods and snacks, make sure that it really matters. If you’re going to eat it, at least make it count.

5 Reiki Principles You Can Bring Into Your Everyday Life
Allowing this "reiki energy" to permeate your every day can be truly effective. Here are some basic things you can try.

How To Be Mindful During Screen Time
While we are grateful for these connections, too much digital exposure can cause our sleep and focus levels to take a dive.