In the Footsteps of the Godfather: Explore the Film’s Stunning Shooting Locations in Italy

January 6, 2022 | Janusa sangma
Share on Facebook
Corleone is a small town in Sicily and home to over 11,000 people. This sleepy, picturesque location has more to it than meets the eye. Many Mafia bosses have called Corleone home: including infamous names like Tommy Gagliano, Guiseppe Morello, Jack Dragna, and Michele Navarra.

You may also know the name “Corleone” from Francis Ford Coppola’s film “The Godfather”.

In the film, young Vito Andolini attempts to converse with an immigration officer on Ellis Island. Shy and unable to explain his name in English, Vito receives the surname “Corleone” from the official – which he decides to keep. Even though the book and movie are set in Corleone, filming took place in various other locations. Since Corleone looked too modern, director Francis Ford Coppola chose other Sicilian villages that were rugged and untouched. Filming in Sicily took place primarily in the scenic medieval villages of Savoca and Forza d’ Agro.

The villages feature in some of the movie’s most iconic scenes, such as Michael and Apollonia’s wedding and Michael’s first meeting with her father. In the third Godfather film, Coppola also shot some scenes in the city of Palermo. 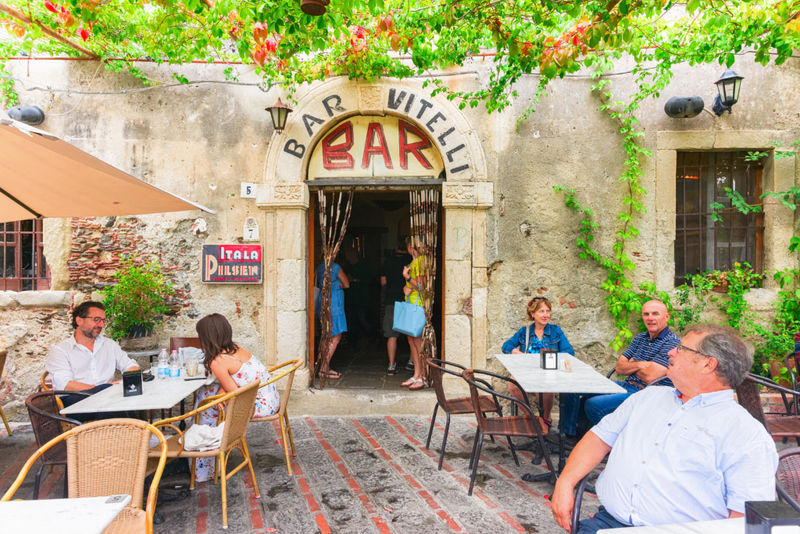 Bar Vitelli features prominently in the first Godfather movie. Michael flees New York City after a planned shooting spree that results in a war between the Italian mob families. He lands in Sicily to seek shelter and lay low, only to fall in love with Apollonia Vitelli. The Bar Vitelli is where Michael Corleone and Apollonia’s father (also the café owner in the film) first meet. It’s here that Michael asks his future father-in-law’s permission to marry the beautiful Apollonia. Bar Vitelli rests inside an 18th century, Palazzo Trimarchi. It has a beautiful outdoor terrace covered in vines with stunning views of areas around Savoca. 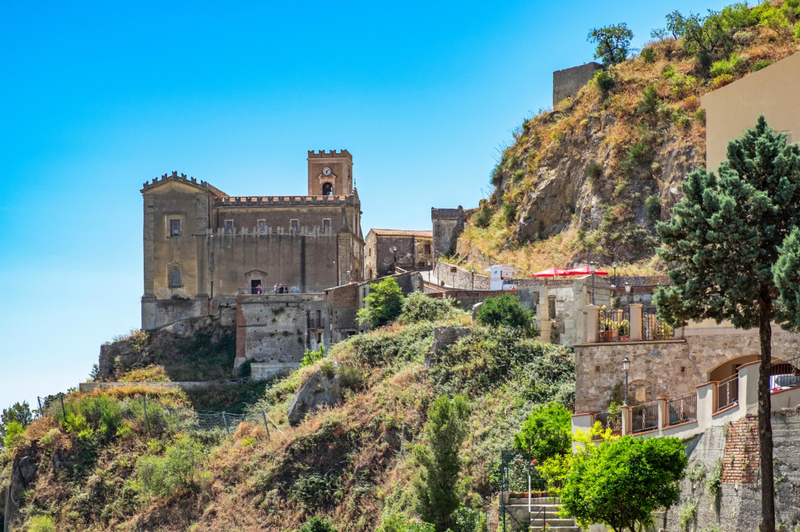 In the movie, Michael and his new wife Apollonia walk from the church as guests celebrate the newly-wedded couple. The stunning church in the background is the Church of San Nicolò in Savoca. 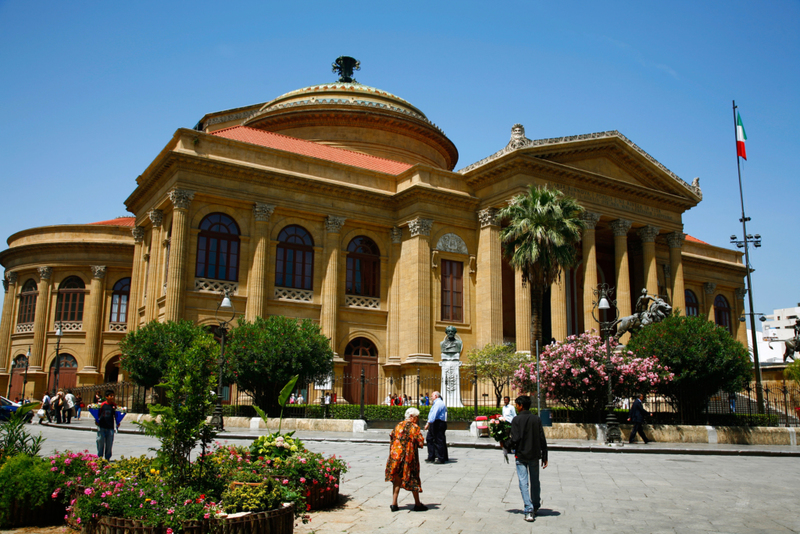 Palermo is the capital of Sicily and one of Italy’s most prominent cities. The city features in “The Godfather III” – the 1990 sequel of the film. Some of the final moments in the film take place at the Teatro Massimo, Palermo’s stunning opera house. The opera house is one of the largest in Italy, with a reputation for having the perfect acoustics.