It seems that Jennifer Lopez and Alex Rodriguez used to be fans of the sitcom The Brady Bunch when they were growing up in the ‘70s. Apparently, The Bradys were America’s most popular blended family. A review made by Variety of the 1969 pilot, described the brood as a “conglomerate family,” with its plot focused on a widower who marries an assumed divorcée—and six children who become instant siblings.

Fifty years later, it’s Hollywood’s super couple and their combined four kids who have surfaced as the new favorite blended ‘familia’ of America. Rodriguez recently proposed to Lopez, after two years of dating and while their huge fan base are thrilled with the emerald-cut, massive diamond ring that the star athlete gave to the renowned singer, they are equally captivated by the way the couple’s kids get along. 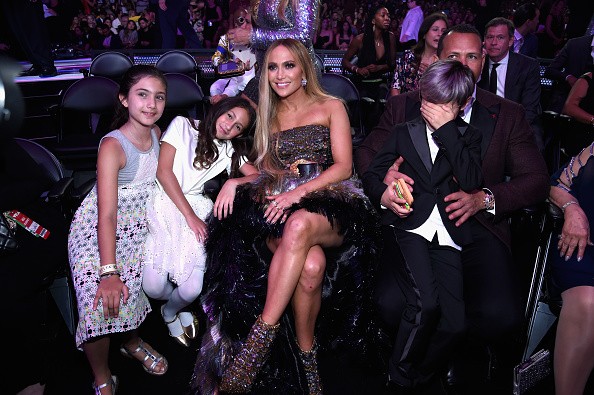 According to the famous pair,  Lopez’s twins, Max and Emme, 10 (from her third marriage to singer Marc Anthony) and Rodriguez’s daughters, Natasha, 14, and Ella, 10, (from his five-year marriage to former psychology teacher Cynthia Scurtis) have become BFFs in no time. “We couldn’t have asked for anything better than the four of them getting along as they do,” Rodriguez said. Lopez also noted that both their children have been wishing of them two to get married.

That said, we can expect that the kids will play special roles in their wedding. In my opinion, J.Lo and A-Rod are more than a blended family. I’d rather call the J-Rods an “assembled family.” Every fraction is regarded, and every fraction fits well. The outcome may be new and bigger, but it’s also unhurried and supportive.  Consider this- both parents have vowed in giving fair attention to the whole as they do to themselves as partners.

For every captured moment of fashionable matching outfits on glamorous date-nights, there’s an equal amount of casual family moments. Browse their Instagram accounts, and you’ll see heartwarming portraits filled with bliss and love (even in their pajamas!) Love and respect are distributed equally.

Think of the photos of Lopez and Rodriguez with their tween quartet at a carpool drop-off, during family vacations and Christmas-tree decorating. Instead of feeling planned, each of these loving moments manages to feel balanced and real. As a matter of fact, one of Rodriguez’s posts from the previous summer captured the attention of their followers.

The photo shows him with Lopez, and Anthony, at a dress recital for his daughter Emme, and for Rodriguez’s daughters, Natasha and Ella. That post has earned more than 256,000 likes and was flooded with positive comments. On that same night, Lopez’s Instagram stories also showed her doing the makeup of the three girls before their performance. 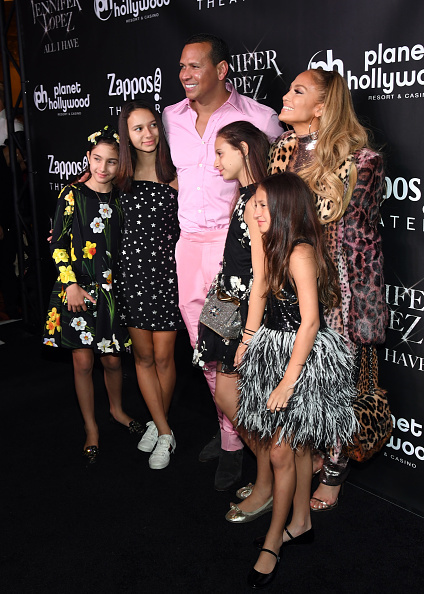 The term “blended family” kind of reminds me of a colorful smoothie. Delicious goodies are thrown in together to create something completely new and unique. As a couple, the 43- and 49-year-old are not about lessening themselves in order to contribute to their relationship, instead, they have have chosen to add even more of themselves and their families to this “relationship smoothie”. She and Rodriguez make sure that they are involved in every milestone of their children and enriching their awareness with so much love and unity.

A recent study reveals that 16 percent of kids live in a blended family with some factors of either step-parents or step-siblings. Psychologists emphasize that the success of these new marriages depends much on whether or not kids are placed in an environment that supports strong links to both parents no matter the biology. If the numerous Lopez-Rodriguez family photos are any indication, this brood boasts a strong connection. When asked about their family’s relationship, Lopez responded by saying “I was so loving to his kids, and he was so loving and accepting of mine.”

In the J-Rod team, we can infer that everyone wins and that no one gets lost. In contrast with the Bradys who had to “somehow form a family,” the Lopez and Rodriguez’s family of six are architects who have mindful minds and hearts—such attitude that will make them more successful in the future.

Understanding Toddlers and Their Growth Spurts

Understanding the Difference Between Discipline and Punishment
Discipline and punishment often get put together, but it's important to understand the difference when educating your kids.

Hilarious Beauty Hacks Only Dads Could Think Of
We love a good beauty hack, and thankfully, they can be found everywhere. A quick search can show you how to make homemade scrubs or rejuvenating masks from basic household..