Pediatricians Warn About Chemicals in Food And Food Packaging

A new statement issues caution on certain chemicals as potentially dangerous, particularly for babies and young kids. Here are steps you can do to trim your family’s vulnerability. According to the American Academy of Pediatrics in their new policy statement, consumers are advised to limit the use of plastic containers for food storage and choose frozen or fresh over canned goods.  More so, use fewer processed meats to cut certain chemicals in food and food packaging.

They’re also encouraging the government to better regularize these substances which may be harmful to young children. Over 10,000 chemicals are permitted to be mixed to food and food packaging in the US, says the policy statement of the AAP about food additives.

The researchers of the study emphasized that the safety of those chemicals is of particular significance for babies and young children, who are considered as more exposed to chemicals because of their bodies’ developing organ systems and their lower body weight.

The same policy statement and an attached report show evidence from animal and population studies which suggests that certain chemicals used in foods and food packaging may be affiliated to health problems.

The chemicals the AAP described are phthalates used in plastics, BPA used in making cans, and nitrates and nitrites used to cure meats such as ham, bacon, and hot dogs.

To decrease the exposure to these chemicals, the AAP recommends the following activities for parents:

Wash all fruits and vegetables and wash hands before handling food and drinks.

Opt on fresh or frozen fruits or vegetables over canned.

Refrain from microwaving foods and drinks in plastic containers (including formula or breastmilk).

Use glass or stainless steel containers instead of plastics for storing foods and drinks.

Refrain from using plastics with recycling codes 3, 6, and 7 unless they have a label that says “biobased” or “greenware,” which means they’re made from corn.

Don’t place plastics in the dishwasher.

Rachel Shaffer, MPH, one of the authors of the policy statement said that people who find this advice too difficult to be followed religiously or those who are anxious about the number of plastic that they put in need not worry.  She stresses the need to stay calm and advocates for at least lessening the usage of these types of foods. 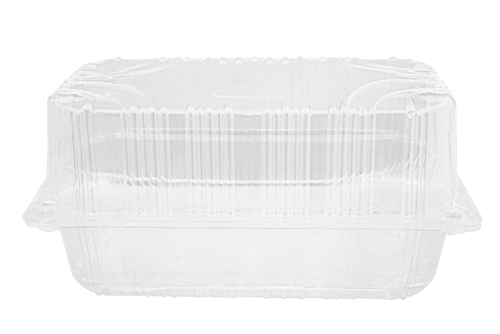 More importantly, the AAP urges the government to better guarantee that potentially threatening chemicals are eliminated from the food supply. One major problem cited is that around 1,000 chemicals are added to food and food packaging without official FDA approval because they’re categorized as “GRAS” (“generally recognized as safe”).

The AAP revealed that there are ambiguities in that procedure that permit chemical companies to classify their chemicals as GRAS. As such, the AAP is calling on the FDA to better the GRAS process, reexamine previously approved chemicals, and elaborate testing. “The burden should not fall on families.  Policy needs to change to ensure that food is safe,” says Shaffer.

A registered dietitian, educator, and mom of two, Sally Kuzemchak, MS, RD, also blogs at Real Mom Nutrition. She is the author of the new book The 101 Healthiest Foods For Kids. She also partnered with Cooking Light on Dinnertime Survival Guide, a cookbook designed for busy families.  During her free time, she loads and unloads the dishwasher then repeat the process. You can follow her on Facebook, Instagram, Twitter, and Pinterest.

Superfood Seeds That are a Must in Meals

Napping 101: Tricks to Make Napping Better
For some tips to maximize your nap times, follow these simple tactics.

Tuning The Mind: The Beauty of Music Therapy
Discover the beauty of music as a unique form of therapy for those in need.

The Funniest Headstones You Will Ever See
Headstones are used to deliver a message by the deceased and their loved ones. The words on this one stone are meant to embody the person’s spirit and help to remember them..