Joe Toles, a 60-year-old bachelor from Queens, NY, who has spent the past decade raising six adopted sons, is now about to adopt his seventh: 20-year-old Jhon. Incidentally, Jhon, who hails from the Dominican Republic, has learning disabilities.

While the idea of raising one or two adoptive children might be enough to give most people pause, to Joe Toles this has never been a question of waiting for the right time. “There’s never going to be the perfect time to start or expand your family,” he says in an interview with The Post. 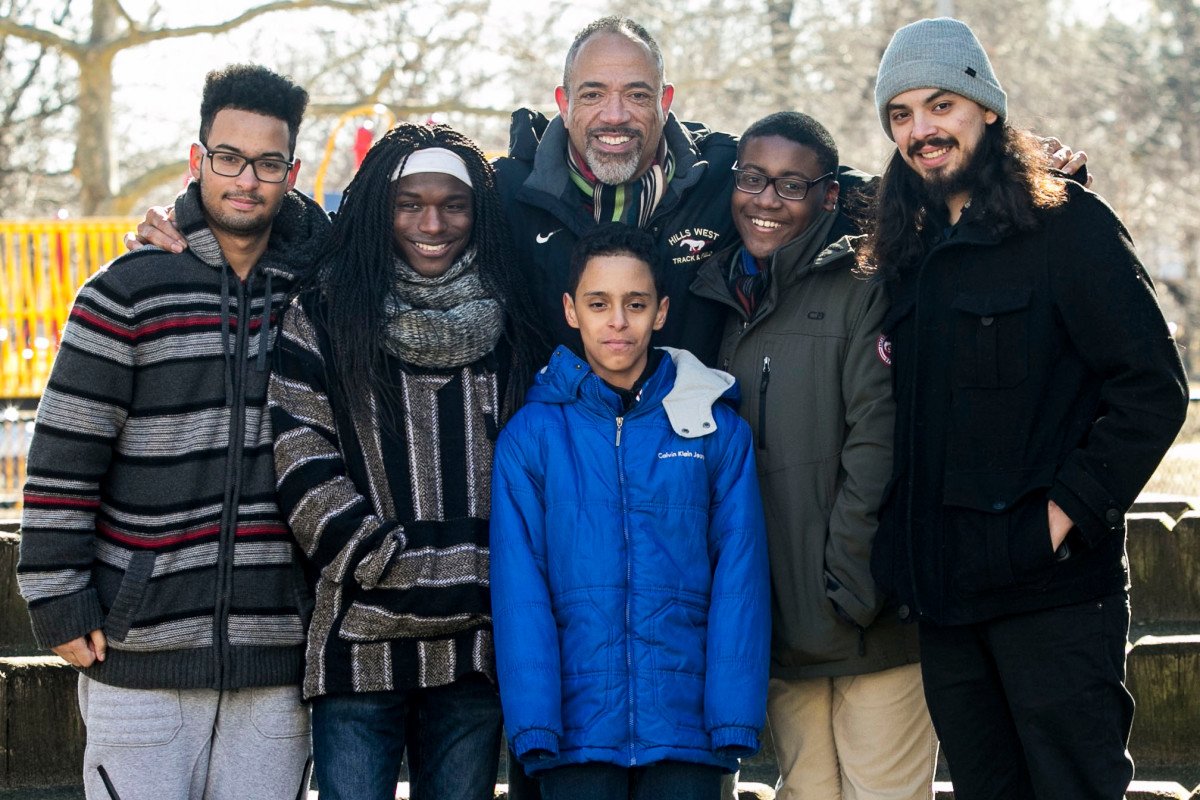 Because he grew up in foster care, Toles has always wanted to offer stability and security to those he felt needed it most: young people in their teens and twenties who were usually placed at the lowest end of the list when the subject of adoption comes up. “Most people want babies,” notes the former guidance counselor whose eponymous foundation (which he founded in 1985) helps foster children obtain sponsorship to summer camps as well as other activities.

Born to a 15-year-old and placed in foster care quite early, Toles knows firsthand the pain of not having a home of his own. His childhood had been struggle. Although he was good at athletic events, especially running, his foster parents did show not support or even bothered to show up during his competitive events.

According to several studies, teenage children in foster care who do not end up adopted face greater risks of dropping out of high school, living beneath the poverty line, and ending up homeless. Fortunately for Toles, he came across a track coach who took the teenager under his wing. Under his guidance, Toles completed high school and even earned a full athletics scholarship to Auburn University. According to Toles, “The coach said, ‘I treat you the way you deserve to be treated,’ and that’s the way I raise my sons.”

As a parent, Toles acknowledges that he, too, has had to deal with several challenges, particularly puberty and behavior problems. (Aside from Jhon, two of his other sons also have special needs.)

However, Toles notes that he has received considerable support from You Gotta Believe, a nonprofit group that focuses on securing permanent homes for difficult-to-place teenagers and young adults. In fact, it was You Gotta Believe that matched Toles with all of his six children, starting with Xavier, who was 17 at the time he was adopted (2009).

Reflecting on his experience, Toles says, “Adopting an older child gives hope to somebody who probably doesn’t have much hope at that moment. No matter how old they are, they need a home base and to be part of something.”

This takes on a new level of importance, because Xavier is now a father to 3-year-old twins himself. He stays close to his sons, despite that fact that he is no longer with their mother. Xavier likens his father to “a coach in the corner,” and notes that whenever he has problems with his children he would often reach out to his dad and ask him what he would do.

“It takes work, but I make the effort in nurturing the relationships,” Toles states. “Until I took the plunge, I would never have understood the real difference it’s made to all our lives. Love happens and it changes everything.”