Science Tells Us How To Dodge Sick Passengers On a Plane

According to a recent study, simply selecting your seat on a plane could play a vital role in avoiding air sickness. A thought that is something we should all consider on our next flight.

In order to avoid being sick on your flight, you should always pick the window seat and stay put for the whole duration of your trip. This will minimize any exposure to sick passengers and any pathogens that they could be potentially carrying. 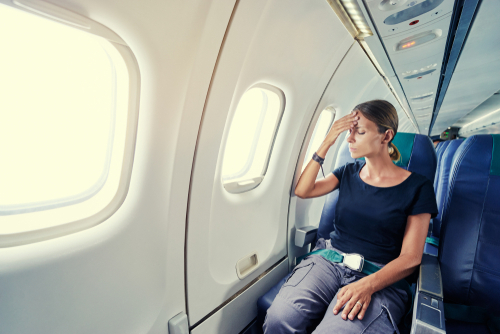 These passengers may not look physically sick but can be carriers of communicable diseases nonetheless. According to a study published in Proceedings of the National Academy of Science, individuals who are seated along the aisle of a plane are most susceptible to exposure from ill passengers or crew members. They will move around along the aisle and pass through the walkway which increases the chances of acquiring infections.

You might consider this as nonsense, but this study focuses on how diseases can get passed around on planes based on the common belief that flying can heighten the risk of getting sick.

The results of these studies were rooted in experiments on domestic flights. They flew 10 distinct domestic flights and tracked the movements of the passengers as well as the crew members. During each flight (that took three and a half to five hours), only one person was observed coughing. They also tested seatbelt buckles and swabbed them with any of the 18 known respiratory illness-causing viruses. The results of these tests turned up negative from any known diseases despite the fact that eight out of ten of these flights were conducted during flu season. 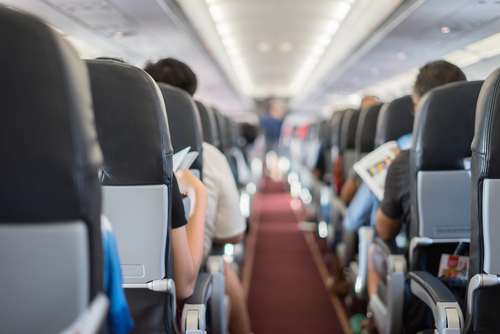 Nevertheless, studying the movement patterns of the passengers allowed the researchers to make a disease transmission model that determined the way respiratory illnesses were being transmitted throughout the plane. This can range from the simple act of coughing, sneezing or even breathing in the very air blown by people around other passengers.

Based on their observations from such patterns, they found out that 11 people who were close enough to a certain hypothetically sick passenger were most likely to acquire diseases. Passengers that were seated within their row, passengers in front or behind, or passengers seated on the rows across the aisle are most likely to get sick while anyone else on the plane had a lower risk. People seated outside the radius which are seated on window seats have the lowest possible risk of getting sick.

A sick passenger can most likely infect two other passengers. While a sick crew member who moves constantly around the cabin to attend passengers during a flight can infect four to five individuals according to the findings of the researchers. Although a sick crew member is less likely allowed to work while suffering from some form of sickness. And if they do, they are given proper medication which can reduce any kind of risk of transmission.