Spot Rare Wildlife in These 11 Countries

The great outdoors have so many things to offer. It is such a wonderful experience to go cycling, hiking, swimming, and sailing, and just overall appreciate the wonders of nature. Spotting rare animals in their natural habitat, however, gives a completely different level of satisfaction. If you had the chance to swim with humpback whales in Tonga, stroll with giant tortoises in the Galápagos, or spend the day with the majestic elephants of the Udawalawe National Park in Sri Lanka, then you should consider yourself fortunate!

Not everyone gets that once in a lifetime opportunity. But the list does not end there. If you would like to witness first-hand some magnificent and diverse wildlife, then check out this bucket list we made of the top 11 countries that have breathtaking wildlife. These countries also promote sustainable tourism and practice conservation efforts, so you will be pleased to know that these unique beasts are in safe hands. 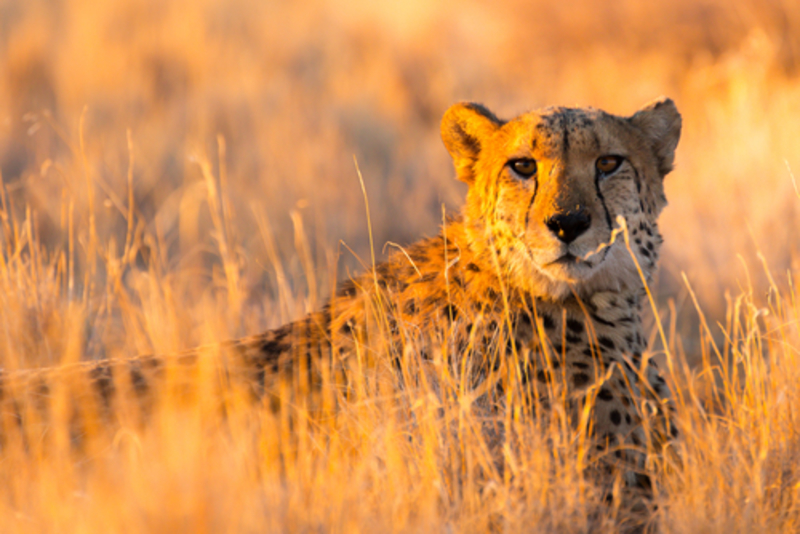 With the conservation efforts made in southern Africa, the cheetahs’ population count has massively increased from 4,000 in 2007, to over 6,000 today. As of 2015, 3,500 of these cheetahs reside in Namibia and are spread across various unprotected areas in the country. The country now holds the largest population of cheetahs in the entire world. If you want to see these feisty felines in their natural habitat, go to either Etosha National Park or the exclusive Okonjima Nature Reserve, where you will find the headquarters of the AfriCat Foundation. 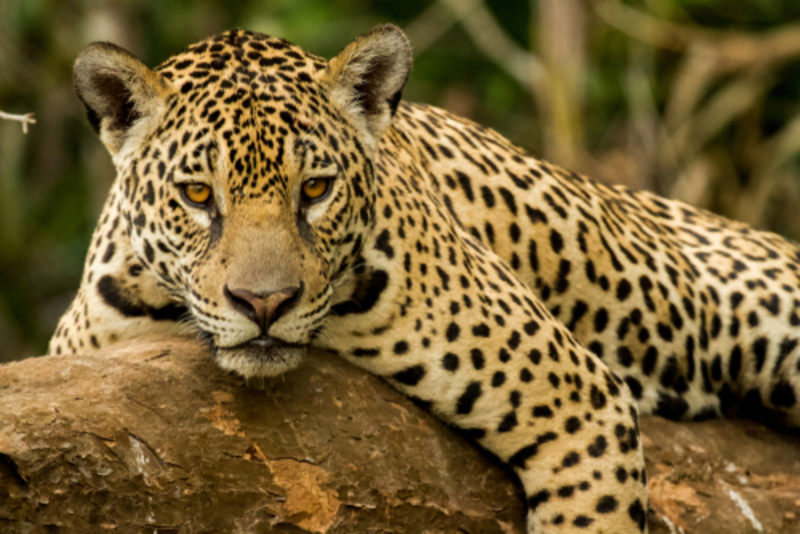 The 3rd largest of the feline family, the jaguar is famously known as the ‘Tiger of the Americas’. Jaguars are quite adaptable to, and can survive a variety of habitats. You can spot them in the Sonoran Desert in Mexico and the lowlands of North Africa, but most of them can be found in wet rainforests and jungles, particularly in Brazil’s The Pantanal. You are almost guaranteed to see a jaguar in the months of August to October, during the dry season. If you are interested in catching a glimpse of this big cat, head on to Refugio Ecologico Caiman and you will be given a wide array of choices. Unfortunately for these fantastic beasts, their population has massively increased in recent years.

They are currently deemed “near-threatened” by the International Union for Conservation of Nature (IUCN). This means that they are at risk of becoming extinct in the near future. At the moment, there are only 15,000 of these felines in existence. 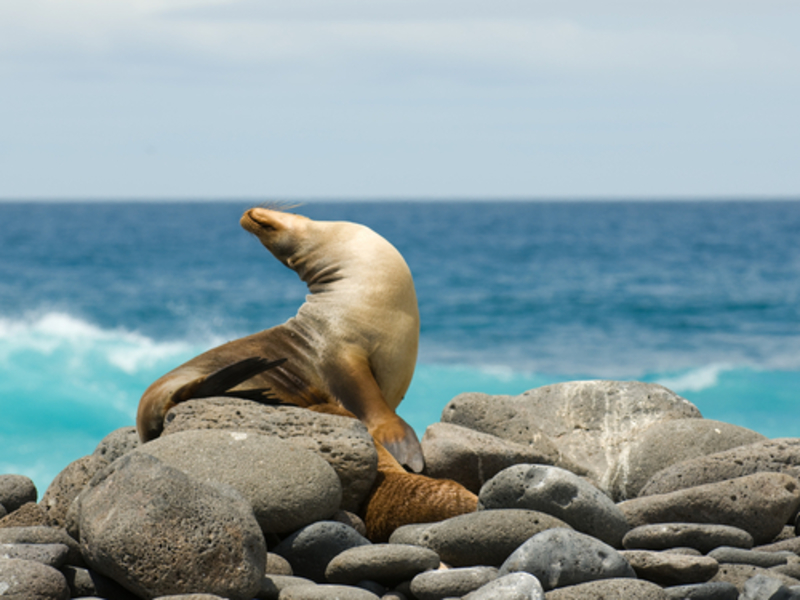 The Galápagos Islands is famous for the plethora of wildlife that is unique to the archipelago. Land, sky, and sea creatures are abundant in these islands and have intrigued so many, including Charles Darwin. His visit to the beautiful islands and his study of its existing wildlife has consequently led to the birth of his theory of evolution through natural selection.

When you are in Galapagos, expect to get amazed by some of their animals: the Galapagos penguin, marina iguanas, giant tortoises, blue-footed boobies, and albatrosses. If you are set on visiting this gorgeous archipelago, check out this article on eco-friendly tourism in the Galápagos and help in the preservation of its well-kept environment. 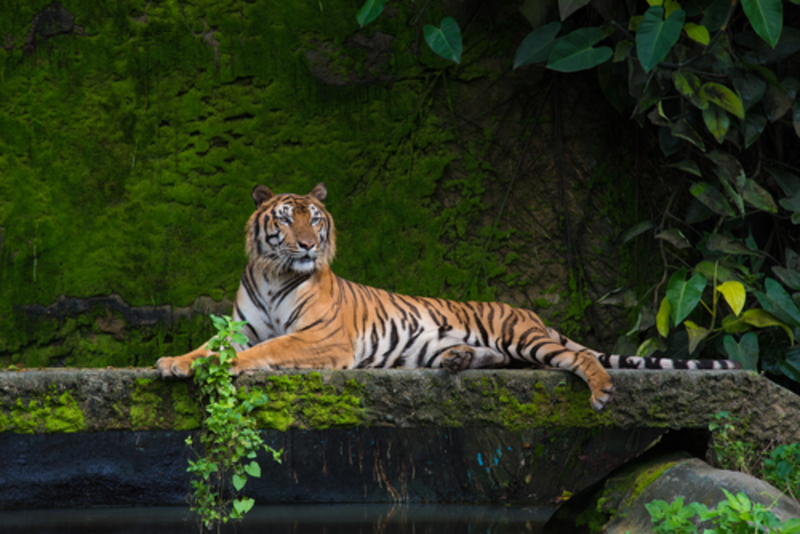 The Bengal tiger primarily inhabits India, although a small portion of their population may also be found in Nepal, Bangladesh, China, Myanmar, and Bhutan. Good news: its dwindling population is slowly increasing! According to the WWF, from around 3,200 in 2010, the number has been raised to 3,890 in 2016. Still, a ways to go, but it is great progress, nonetheless. Kudos to India for creating tiger reserves, such as the Ranthambore National Park, which supported the cats’ population increase and helped stabilize the figures. Bengal Tigers tend to be a little people shy, so it is kind of a challenge to spot them.

Your best chance of finding one of these mysterious beasts is by going to the Ranthambore National Park. Tigers found in this park are not as elusive and are quite used to seeing vehicles roaming around. You might think that this way of living is not counter-productive, but according to WWF, this setup is much better than having tourists bother them in unsupervised areas. 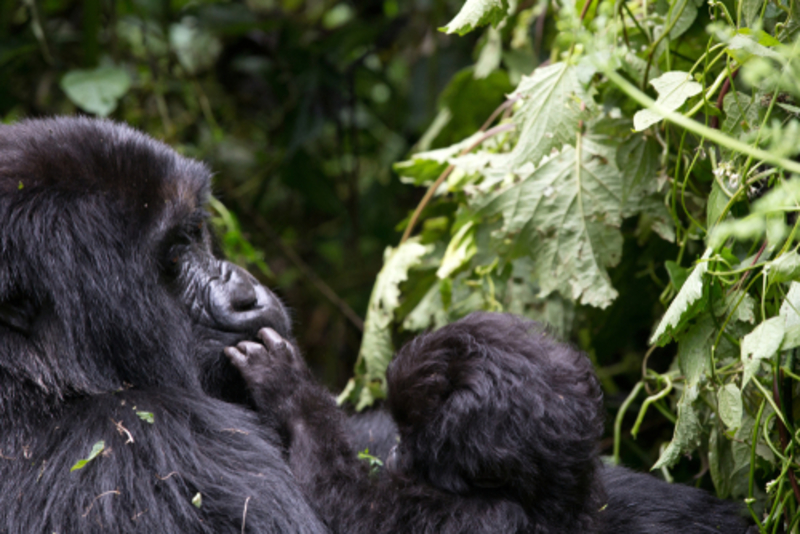 It is tragic to know that gorillas are slowly becoming extinct. Fortunately for the mountain gorillas living in the inactive volcanoes of the Virunga Mountains bordering Congo, their numbers have increased from 620 in 1989 to at least 880 today.In Uganda, these gorillas inhabit the southwest mountains that are cloaked in greeneries.

The place is amazingly called the Bwindi Impenetrable National Forest. In Rwanda, a trek in the Volcanoes National Park provides access to these exquisite creatures. The park supports sustainable tourism, so there is no need to worry about the gorillas’ safety. 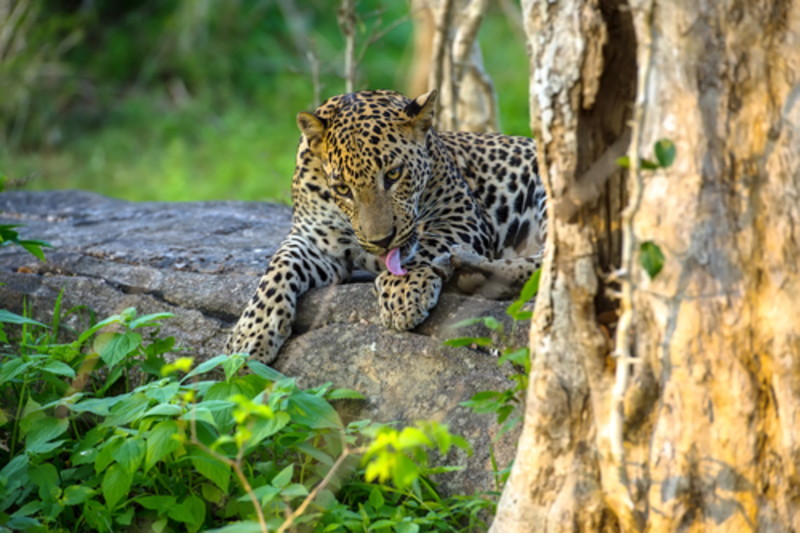 The Sri Lankan leopard was on the verge of extinction in 2008, being identified as endangered on the IUCN Red List. Fortunately, the population has steadily increased throughout the years, resulting in its re-classification to vulnerable instead. As of 2015, their numbers are at 700-950, which will hopefully increase even further in the coming years. Today, Yala National Park holds the worldwide record for hosting the most number of leopards. When going on a safari trip to the Yala National Park in Sri Lanka, keep in mind that your best chance of spotting a leopard is during the months of June to September. Rainfall is unlikely to happen during this period, which is ideal because these elusive beasts prefer dry weather. 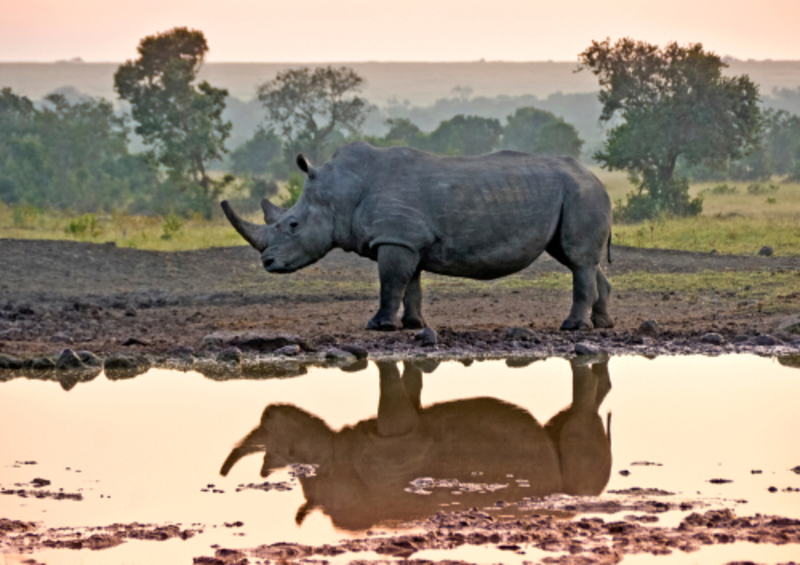 Early cave paintings depicted rhinos inhabiting Eurasia and Africa. However, nowadays, you will rarely find rhinos living outside parks and reserves. Some species are even considered endangered, particularly Asia’s Javan and Sumatran rhinos. It is not all bad news, however. Conservation efforts have been very successful in raising the numbers up for these gigantic beasts. The African white rhino was saved from the brink of being extinct 100 years ago, and now has a population of 20,000.

Black rhinos, on the other hand, have doubled in numbers over the past 20 years. Not bad at all! Today, Kenya holds the most number of both black and white rhinos. The Ol Pejeta Conservancy, a 90,000-acre non-profit organization is home to the greatest number of black rhinos all around East Africa. Lewa Wildlife Conservancy, Borana Ranch and Conservancy, and Lake Nakuru National Park, on the other hand, are great spots for you to find both black and white rhinos. 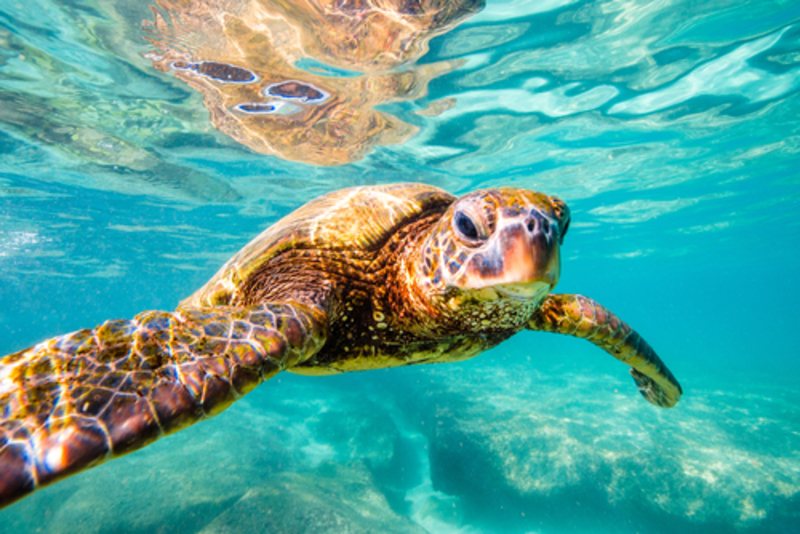 Sea turtles have always been at risk for human exploitation for their shells, meat, skin, and eggs. It is such a tragedy of how susceptible they are to animal cruelty. Today, almost all forms of turtles have been identified as endangered. To make matters worse, turtles also face grave challenges such as accidental fishings and habitat destruction. Their mating rituals and nesting sites have also been badly affected by climate change. If you want to have a magical encounter with these calm and collected creatures, the coast of Costa Rica is the place to go.

Famous for being the birthplace of eco-tourism, the coast is loaded with nesting beaches for various species of sea turtles. Support the survival of the sea turtles by visiting the Las Tortugas Research Station, Tortuguero National Park, and the Osa Peninsula. 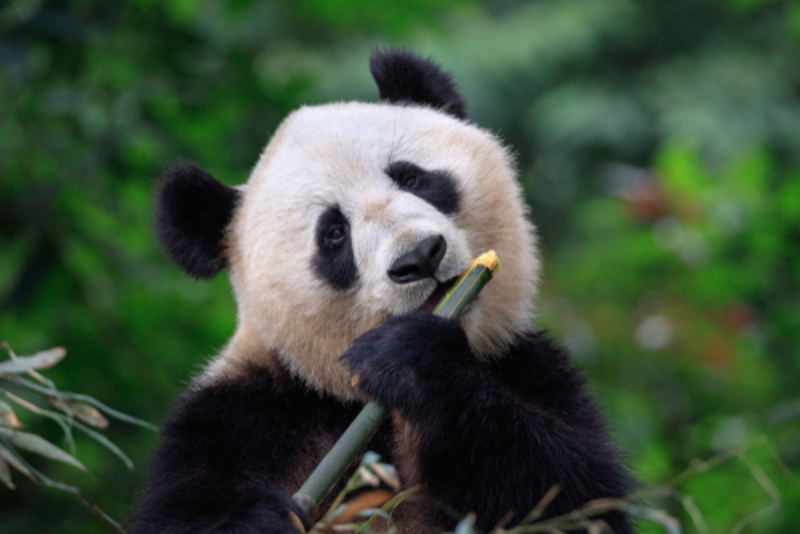 Sadly, despite conservation efforts made by the Chinese, pandas are at grave risk of extinction. With only just a little bit over 1,800, these meek and gentle creatures are in desperate need of further protection. Pandas are endemic to China. There are over 50 panda reserves created by its government, but that only covers about 61% of their population. If you want to get a glimpse of these great adorable beasts and at the same time support conservation efforts, visit the Bifengxia Giant Panda Base, Gengda Giant Panda Center, or the Dujiangyan Panda Base, all located in the Wolong Nature Reserve in Sichuan. 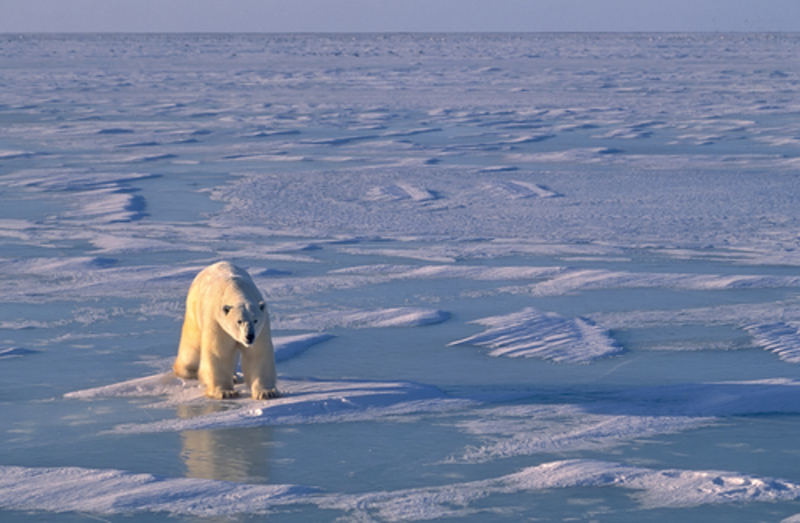 Polar bears are not safe from extinction, either. With an overall population of around 22,000 to 31,000, polar bears are identified as ‘vulnerable with a high estimated risk of future decline’, primarily because of climate change. Aside from their sea ice habitat slowly diminishing, they also face other threats such as overharvesting and polar bear-human conflicts. Today, the best place to spot polar bears is in the tiny town of Churchill, Canada.

Found in northern Manitoba, this city is the leader of eco-tourism within the area.  Also known as the “Polar Bear Capital of the World”, the massive population of polar bears migrates from inland to the shore every autumn. That is why there is absolutely no other place better to find polar bears than in Churchill. 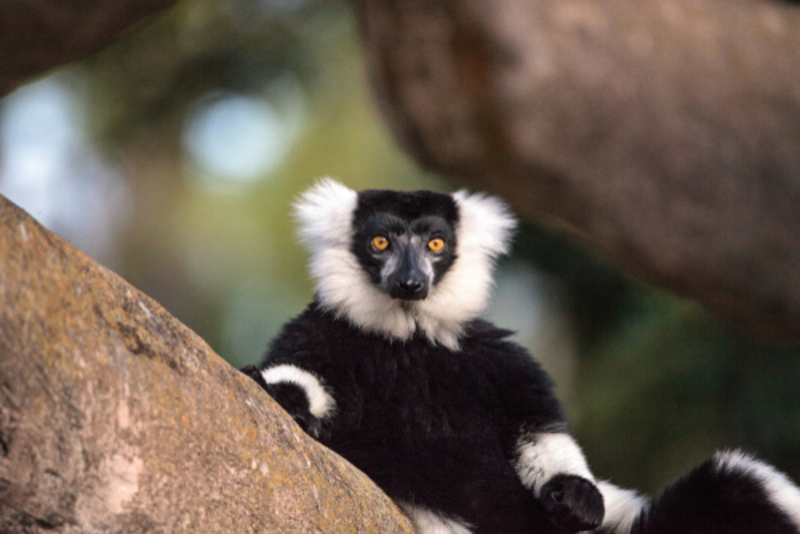 Exclusively found on the African island of Madagascar, lemurs are a unique species of primates that are sadly becoming endangered. There are a total of 50 kinds of lemurs, 19 of which are identified as vulnerable, 7 are endangered, and 10 are critically endangered. If you are interested in having a first-hand encounter with these rare primates, head to either Parc National Mantadia or Parc National de l’Isalo.

They charge for park entrance fees but those are used to fund community conservation projects. The parks also make it a point to protect the lemurs and offer visitors with knowledgeable guides and protective infrastructure.

Places In The World To Avoid Swimming In

5 Super Helpful Tips to Shake Post Vacation Blues
There is nothing like going on vacation. It’s the coming back home that can put a real damper on things!  Unloading your stuff, dealing with the piles of laundry that you..

Interesting and Unusual Things to do in Armenia
This unique country is famous for housing one of the world's oldest wineries among many other unique attractions.