Taste of Moroccan Heaven: A Closer Look at Tajine

January 5, 2022 | Janusa sangma
Share on Facebook
Very few dishes define a country the way tajine does for Morocco! Both a one-pot meal and a signature terracotta dish, tajine exemplifies everything we love about the Moroccan experience. 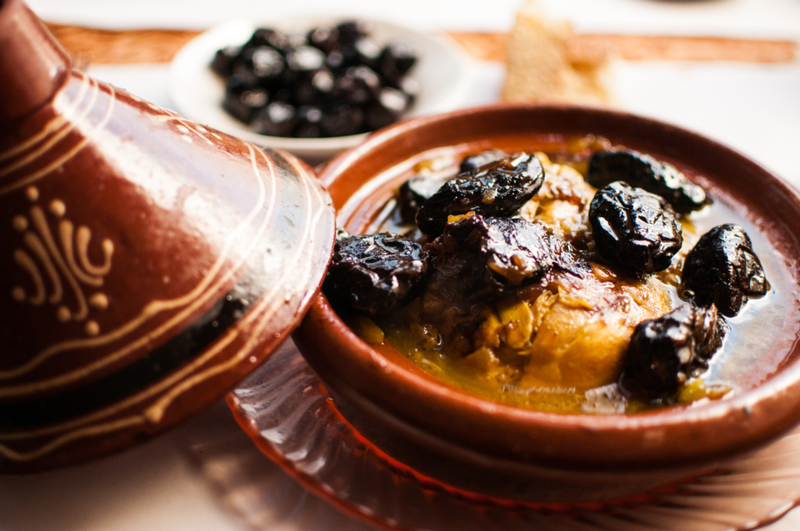 Getty Images Photo By John Oechtering / EyeEm
The tajine dish involves putting together a bunch of ingredients to create kitchen magic. Chicken, green olives, and preserved lemons go into the tajine dish. A dash of spice comes from the ras el hanout – a vibrant Moroccan spice mix. You can even make a meatball tajine with ground beef and tomatoes. The meatball tajine comes with eggs cracked on top when the dish is almost done. On the other hand, lamb tajine includes a sprinkling of sesame seeds and prunes.

Once the ingredients are assembled, you need to let the dish be. Allow the tajine pot and charcoal heat to work their magic. Traditional preparations usually involve slow cooking over a charcoal brazier designed to hold the unique tajine dish.

Speaking of the dish, it’s a shallow terracotta utensil with a conical lid that comes with a knob on top. It has a thick base that distributes the heat evenly while the heavy lid circulates the steam freely. The result is beautiful, slow-cooked meat that falls off the bone. 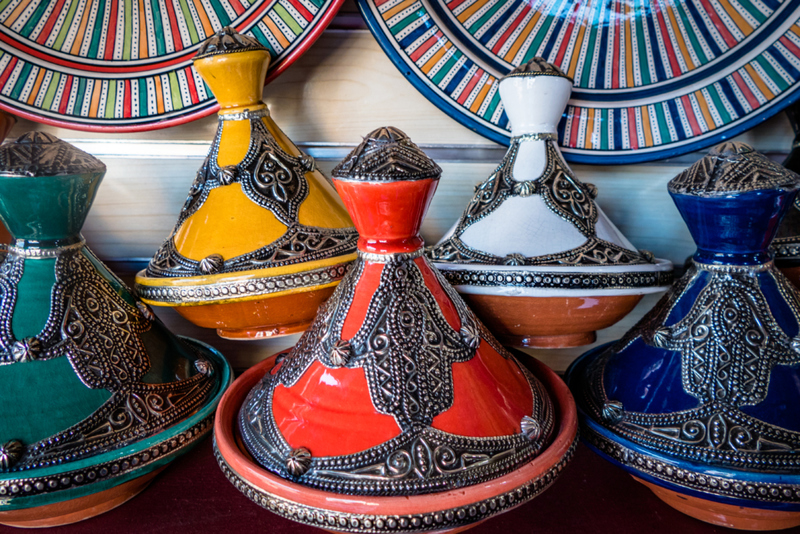 Getty Images Photo By Craig Hastings
Those pressed for time can take shortcuts. You could choose to cook tajine on a gas burner or pressure cooker, and it works just as well. But there’s nothing like slow cooking over charcoal to enhance those rich Moroccon flavors and ingredients.

Shopping for ingredients is central to the tajine experience. The spice shops in Morocco, with their intoxicating aroma, sell heaps of rase el hanout. Most shops pride themselves on their unique spice blends that contain over 20 different spices.

As the undeniable cultural ambassador of Morocco, tagine offers insights into Morocco with every delicious bite. When you’re in the country next, make sure to cook or grab a bite.