The Hidden Wine Haven of Tbilisi

June 12, 2022 | Ish Bautista
Share on Facebook
Georgia is a country situated in the intersection of Europe and Asia which is why its culture is a blend of Asian and European influences. Georgia is a charming former Soviet country well known for its kind people and welcoming environment. As soon as you arrive in Georgia, you’ll be greeted by warm smiles and at the airport, they sometimes offer a glass of wine. Georgia is a  wine country and it’s one of the oldest places in the world for making wine. If you’re thinking about visiting Georgia for their wine, then you won’t be disappointed by their wide varieties. Let’s explore the brief history of wine in Georgia including the capital, Tbilisi. 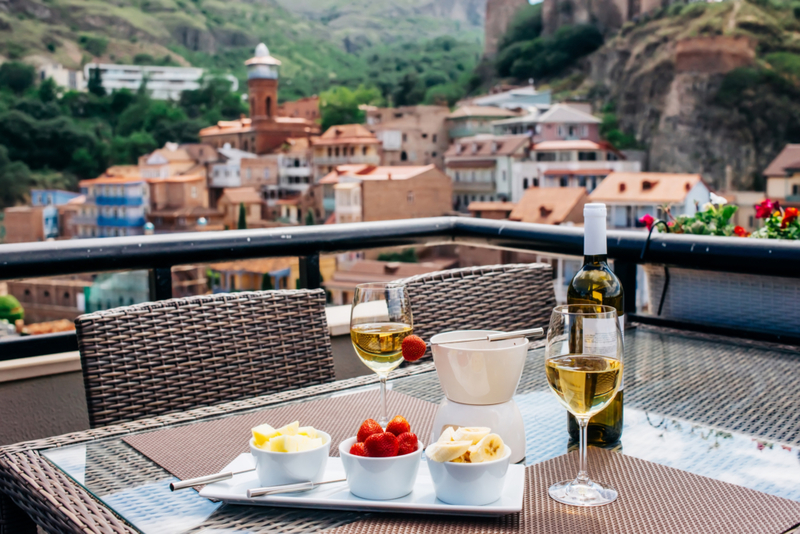 Winemaking is such a serious craft in Georgia that they even have a statue to commemorate their love of the drink. The Mother Georgia statue is one of the most historical statues in Tbilisi. It stands on the edge of the city, and it can’t be missed when going for a walk around the center since it’s always in plain sight. Fun fact, Mother Georgia carries a wine bowl in her hands to share with enemies or friends who come to visit her presence. It’s interesting since enemies are also considered friends in Georgia and they’re given wine regardless of who they are.

Qvevri is an ancient method of making wine that involves clay pots and the maturation of the wine. The name Qveri refers to the large lemon looking terracotta pot that is usually buried in the ground until its spout. The name also starts with a Q instead of a K since it resembles the appearance of the neck of the pot. They’re still being made today by master craftsmen and take an average of 7-8 days to make. You start off by putting crushed grapes into a massive clay pot and then you let it sit there for about 5-6 months. Every day, someone mixes the wine to make sure it ferments evenly. This method is so special that it was inscribed on the Unesco Representative list for their Cultural Heritage Community in 2013. 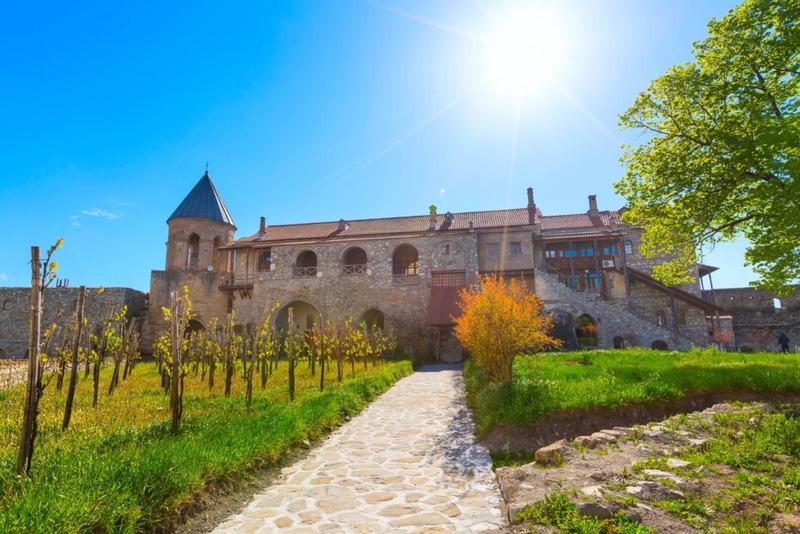 Wines to Try When Visiting

If you’re a fan of red wine, then you can’t miss out on the Saperavi wine. It’s from a region located in Kakheti which isn’t too far from Tbilisi, and if you’re going on a short trip, passing by this area for a bottle of vino would be the cherry on top of your trip. Khvanchkar is a semi-sweet wine and great for drinking in the afternoons or during the day. Mukuzani is another great red wine also made Saperavi grapes. It’s won numerous awards and considered one of the best wines in Georgia. Wine drinking is an integral part of Georgia’s culture and drinking a bottle (or two) is an experience worth having.