Why is Movie Theater Food So Expensive?

March 25, 2021 | Michelle Muller
Share on Facebook
In today’s world of endless streaming platforms, where Oscar-nominated directors now produce Netflix-exclusive films, we’re more likely to hang on the couch at home than go to the cinema. So when you do venture out for a movie at the theater, it doesn’t take long to remember that there’s still nothing quite like the old school magic of the movie-going experience. It’s the excitement of waiting for the lights to go down, the boom of speakers, and the act of taking in a story on the big screen with a shared audience. And is there any food more synonymous with an experience like freshly made popcorn at the movie theater? And while we’d never condone lining your pockets and purses with dollar store candy and snacks, it can be pretty tempting to do exactly that once you take a look at the high menu prices for movie theater food. So, why exactly is movie theater food so expensive? 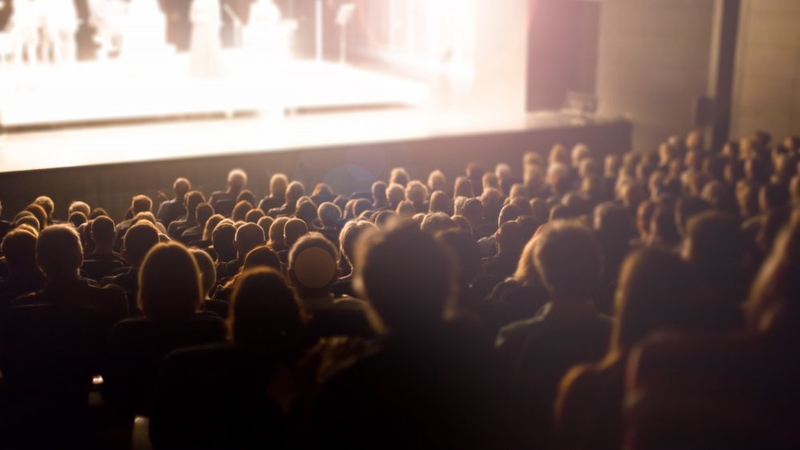 Even if the price tag for a box of Milk Duds, some nachos, and a blue Icee for a night out at the movies is definitely higher than it was in 1987, a “change in the times” statement about inflation can’t be the only reason. Markups, where anyone selling a good or service “marks” the price higher to cover overhead costs, are the primary ways a business makes a profit. But how much are movie theaters marking up concession stand items? In his 2008 book Why Popcorn Costs So Much at the Movies, And Other Pricing Puzzles, Richard McKenzie, a former professor at the UC Irvine Merage School of Business, explored some specific markups present at most movie theaters. In popcorn alone, he found a nearly 806 percent markup when comparing the average cost of around $8 for a large bucket at the movie theater with the 90 cents the raw goods actually cost. Even candy is usually double the price: a small bag of plain M&Ms sells for around $2 at Walmart while they can cost over $4 at the movie theater. Even though most customers know they’re overpaying, it usually doesn’t slow business down.

Food is a Way for Movie Theaters to Make Money

While movie ticket prices have indeed climbed upwards alongside concession stand items, it’s still not quite at the same level. But why is that? Wouldn’t it make the most sense for movie theaters to simply raise the price of admission, guaranteeing more money upfront even if only half of all customers actually purchase food? Economist Ron Baker explained that by not setting the bar for entry too high, movie theater owners are actually able to segment their customers with a “two-part tariff” pricing strategy. It’s the equivalent of paying an upfront cost for the opportunity to purchase a product then. Customers like students and senior citizens are usually less likely to spend, and in most cases, receive some sort of upfront discount, to begin with on their tickets. So what you are really buying when you purchase a movie ticket is an opportunity — a chance to enjoy the movie, or to enjoy it with popcorn.

What are Sak Yant Tattoos?

The Enchanting Kalinga Tribe of the Philippines
Colored beaded jewelry, mountain coffee, and hand tapped tattoos. This is what the Kalinga tribe is all about.

Why Do Women Still Change Their Names?
Through an in-depth analysis of existing research and detailed interviews with newly married couples, two core motivators are driving the tradition.