Why You Should Make Antarctica Your Next Destination

June 26, 2022 | Mila Serfontein
Share on Facebook
Take a cruise down to Antarctica for the traveler that seeks a life-changing adventure with breath-taking views and rich history.  Over 37,000 tourists have made their way to the South Pole for the experience of a lifetime. Not only encompassing impeccable views but tourists can delve into the rich history in exploring our southernmost point. Even though most of the continent is uninhabited, there are amazing features to see – from penguins to the Peninsula to the blood-red waterfalls. 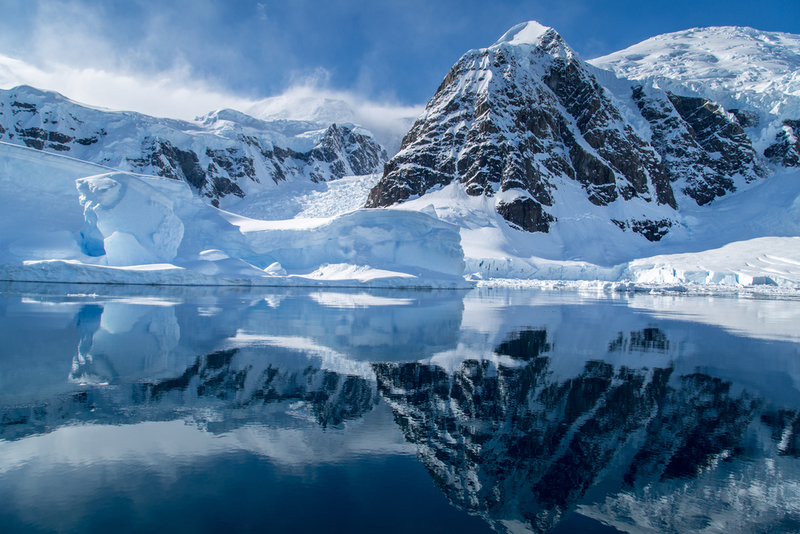 Shutterstock
In the East side of Antarctica, in the Taylor Valley is the infamous Taylor Glacier (named after Australian geologist Griffith Taylor who initially explored the area), which is an outflow of super saltwater that is rich with iron-oxidate which gives it its red tint.  The Antarctic peninsula extends from the Andes and regardless of being close to the South Shetland Islands of the Antarctic shores, you must still pass an intimidating 620-mile-wide channel called the Drake Passage. Whilst on this two-day journey, you’ll have the opportunity to see a range of whales (from Blue Wales to the Orca) that come to these shores before heading North to breed. If that doesn’t have you booking your next flight, the mere marvel of 9 penguin species populating these southern islands will have you scrambling for dates. 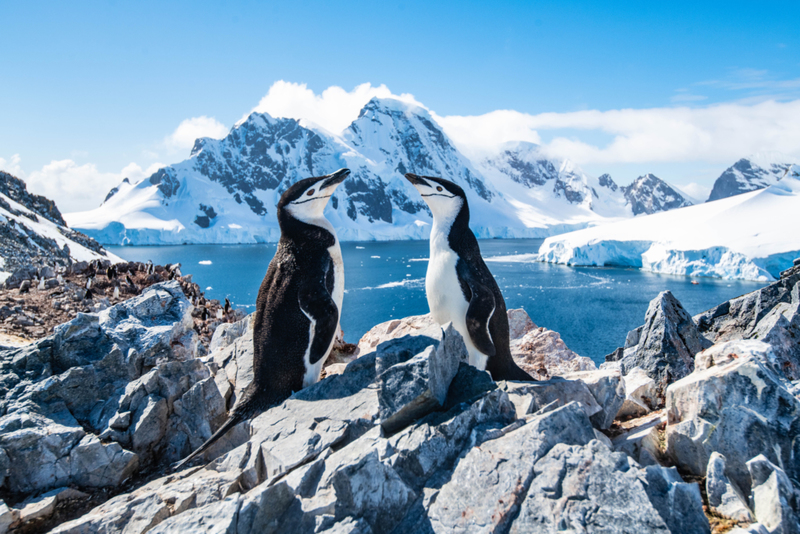 Shutterstock
An island close to the South Shetland Islands is Deception Island is a caldera of an active volcano which gives the Island its characteristic of acting as a natural harbor and is the home to the Chinstrap Penguin. The volcano has added an extra feature to the island for the adventurous type – there is a natural hot spring for your enjoyment.  Once across the Passage, be camera ready to get to the Errera Channel where on Cuverville Island you’ll find the largest rookery of Gentoos penguins (around 6, 500 breeding partners) and wonderful biodiversity in nature too.  For those after a unique photo opportunity, then Paradise Bay is awaiting your arrival. There are ruins of an old Argentinian station that was destroyed on the 12 of August by the physician of the station because he didn’t want to stay on the island another year. The Gentoos penguins have domesticated the ruins and have become a lovely spectacle for tourists. 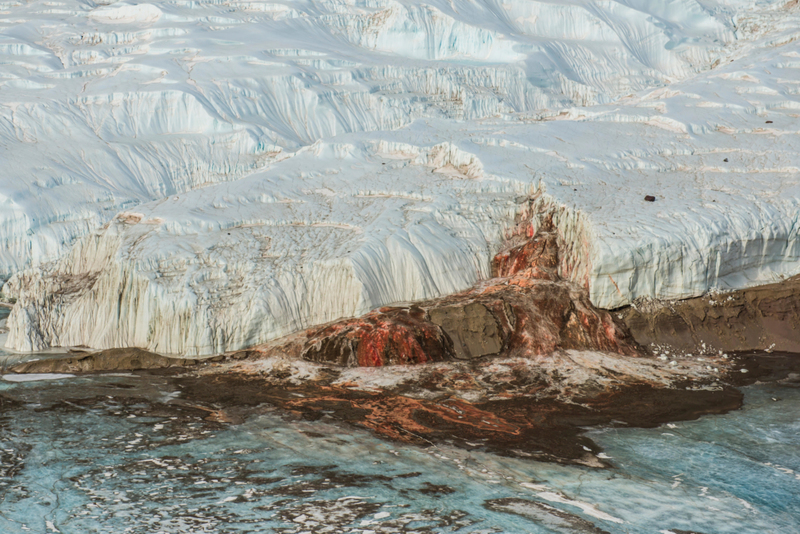 Alamy Stock Photo
As your journey continues, you’ll reach the 7-mile long Lemaire Channel, better known as Kodak Gap – due to the still waters in the small gap of just 5250 ft between Booth Island and the Peninsula which cause an immaculate reflection.    There are a whopping 70 various research bases scattered across Antarctica to check out, representing 29 different countries. There is also plenty of huts from brave pioneers like Ernest Shackleton’s Hut or Robert Falcon Scott’s Hut which have been abandoned and frozen in time. Check it out to get a feeling of what these adventurers underwent to explore the white sheet of the unknown.