It’s dark times up ahead for plant-lovers. Or rather, it’s a dark week for individuals who like the idea of having a lot of air-filtering servants in their home. Seemingly, houseplants don’t clean the air as much as we believe they do. I’m looking right now at the little succulent plant sitting at my small desk that I got from Trader’s Joe’s. How can that be possible? Then what is the main purpose of it sitting over there? Maybe just so it can look cute?

Hmmmm…. Robinson Meyers from The Atlantic takes a further look into what houseplants exactly do to the air present inside our offices and homes, and surprisingly, the answer was, not that much. He got some pretty critical statements from plant experts, with one saying that according to scientific literature, indoor plants like those found inside the homes do very little when it comes to cleaning the air.

Another expert also shared his harsher views, saying he doesn’t think that houseplants even help clean the air at all. The final nail on this proverbial coffin? A big no from the expert, saying that they don’t really clean the air, at least not any more than an old baseball cap or pair of socks hanging off the wall. 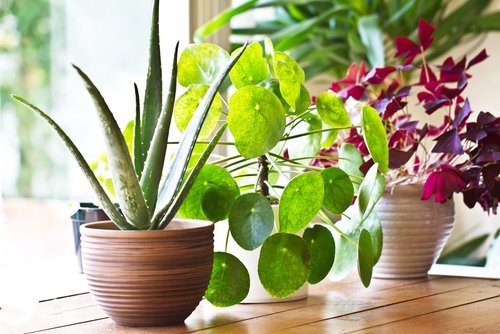 What a shocker. The popular belief that plants purify and filter the air around us traces back to a study conducted by NASA back in 1989. The study showed that indoor plants do play a role in reducing what are called volatile organic compounds or VOCs in small, sealed spaces, not unlike space onboard in NASA missions.

VOCs are small particle emissions from things like nail polish, cleaning products, paint, and usually anything that carries a scent. Not all VOCs are dangerous, however, they can lead to different ailments, ranging from something as simple as headache and nausea to more serious ones like cancer and heart attacks.

For plants to actually clean the air significantly, Meyers said that you’d need to have a plant for every square foot space in the area. That would make it roughly the same as what you would see in a plant store. If that’s the case, then why have plants at all? Meyers shares that plants bring joy, and he still loves his own plants despite the fact that they don’t really do anything to clean the air. It’s correct to assume that not only are plants peaceful and attractive to look at, but they also help reduce loneliness and lift one’s mood.

I personally own two plants too, a poinsettia from the hardware store and a snake plant I bought off Amazon. Given that they may be purifying the air even a teeny tiny bit, it does feel like a weird combination. The fact that they haven’t died yet, is a source of hope for me too.

The benefits of eating slowly

Bakuchiol: The Natural Skin Remedy You’ve Been Searching For
If you are very particular about your skincare regimen, you have probably tried retinol. According to many, this ingredient is responsible for reduced acne smooth skin tone,..