Living in a new country is going to be an exciting and interesting adventure, but not everything’s not going to be smooth sailing. Every once in a while you might yourself wondering “What does this phrase mean?” or “Why do Americans do that?” whenever you encounter something puzzling. Here are a few things you need to keep in mind about Americans and their unique culture while you prepare for your trip.

While in most countries people tend to make a go of things by simplistic and compact, Americans — if given the choice — will usually opt for the large and luxurious. Large trucks and enormous SUVs are a common sight in parking areas across America. Americans feel comfortable in large spaces, and to them, large can be a practical, clear-cut choice. This also applies to the food they eat; most US restaurants tend to serve jumbo-sized portions. It’s pretty normal to order big portions and then take home the leftovers. Some appetizers are also intended to be shared. If you’re dining out and aren’t quite certain about the portion, your best bet is to ask the server for a recommendation.

There is also a growing reaction against the “big is better” mindset. In fact, there is a trend among many consumers, particularly young urban dwellers, to buy eco-friendly vehicles, shop for local and healthy foods, reduce consumption, and minimize waste as much as they can.

Eating While On The Run

Most Americans always seem to be in a rush to get somewhere. At times, it can feel like they are often rushing from one appointment to another — going to and coming home from work, completing errands, picking up kids, going to business meetings, or attending social events. As Americans always seem to be in perpetual motion, there is usually barely enough time to sit down and have a full, relaxed meal. You will often see Americans walking around with food/drink in their hands — coffee, beer, donuts, or packed food in to-go containers.

In fact, you may see some of them munching on a slice of pizza while walking down the street (a common sight in New York City) or guzzling a cappuccino while lining up at the local bank. Drive-thru windows have also become ubiquitous at fast-food outlets; in fact, 20% of all US meals are consumed in a car, according to DoSomething.org. The reason why a lot Americans opt for food on the go is that they simply they don’t have enough time to prepare or enjoy a leisurely meal; for some, it’s just a convenient choice.

To Eat Out or To Take Out

US diners go out to eat not only because it saves time and it’s convenient, but also because it’s fun. The United States is a kaleidoscope of diverse cultures, a unique condition that gives local diners an endless array of food choices. Dining out gives Americans the chance to try out novel cuisines and food varieties. Still, it’s important to bear in mind that people have different habits; some people seldom go out to eat, but it’s not unusual for Americans to dine outside several times a week. Some opt to bring lunch at work, but there are those who prefer to order take-out food or go out to lunch on a daily basis. 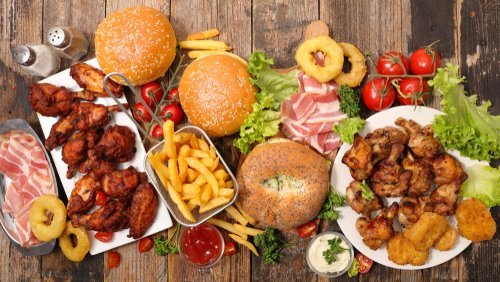 Competitive spirit Americans are a competitive bunch. Even at a young age, American kids are urged to work hard and do their best to complete a task — in sports, academics, and other hobbies. University admissions are usually very competitive, so parents would usually prepare their children for the admissions process quite early. This also applies to some high schools and even pre-schools where applicants have to go through a competitive process if they wish to get in. Whatever your reason is for moving to the United States, the fact is that you will soon meet a good number of Americans with go-getter attitudes who are quite upfront about their ambitions. These individuals are proactive and they tend to charge ahead for their dreams. They’re not the type to sit back and wait for their competitors to catch up.

As the United States is a combination of many diverse cultures, to make things work the general practice is to encourage various members of the society to respect other cultures, particularly when one is trying to communicate or express an idea. One fundamental rule is to avoid specific acts, terms, or expressions that can be misconstrued as offensive (racist, sexist, ageist, etc.). Your colleagues may consist of people of different genders, ages, and races, and to make everybody feel comfortable with the group dynamic, you should at least strive to be politically correct. Sports Many Americans are crazy about sports, and the most popular of these events are football, baseball, and basketball.

You will soon realize that the main difference between the United States and your home country is that soccer is not as popular here as it is in other parts of the world. Sports can be a way to unite or divide Americans. During basketball and football season, you might see some people getting into passionate debates about their respective teams. Football is fun to watch but is utterly confusing to the uninitiated. You can always ask your American friends to explain the finer details of the game; perhaps you might even begin to see why 100 million US viewers tuned in to watch the 2017 Super Bowl. 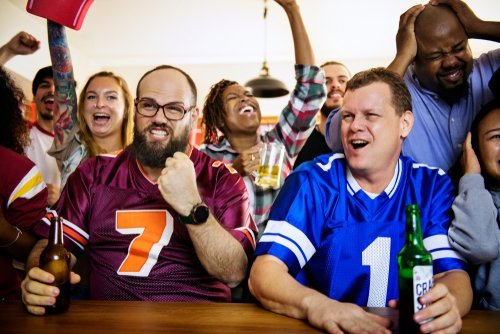 Americans love to take part in informal chats, a type of light-hearted conversation that one makes with acquaintances and strangers about innocuous subjects, such as sports, weather, or your favorite TV shows. While waiting for your bus, lining up at a cash register, or standing inside the elevator, don’t be surprised if some stranger suddenly mentions something about the freakish weather or how their favorite team won (or lost) spectacularly during the weekend. They might also make some hilarious comment about your current situation or the long line you’re both in. Note, though, that chats are meant to be harmless so it’s not acceptable if a stranger utters something that gives you an uncomfortable feeling.

Americans value their independence highly, so self-sufficiency is readily encouraged. Many young US kids and adolescents often leave home for extended periods, usually for travel or summer camps. When they graduate from high school, many teenagers usually choose to enroll in colleges or universities in a faraway location. College students usually live in residence halls with their fellow students or live on their own off-campus, and some of them generally move away from home as soon as they graduate. By the time they’re 17 or 18, most young Americans are no longer living with their families. They are also expected to live independently and pursue studies and careers, on their own.

The United States is a perfect example of a cultural melting pot because so many people from different corners of the world choose to pursue their dreams and careers there. They encompass a wide variety of values, beliefs, and traditions. It’s difficult to imagine what a typical American is because these days there really is no such thing — which is what makes the country such an interesting place. For example, if somebody invites you to a cookout, depending on where you are, this could mean several entirely different things. If you’re in Texas, this could be a barbecue competition in some park; if you’re in California, this might involve grilling on the beach; or if you’re in New York, this could mean a block party in the middle of some street in NYC. What this really means is that there is no uniform standard; so whatever you decide to do, just get out there and savor whatever traditions your host community has to offer.

Overall, Americans are known for speaking their minds and for going generally after their goals. In the workplace, in particular, Americans are more likely to speak up and do not hesitate to express their ideas. You should always give your superiors the respect they deserve, but this doesn’t mean you should hold back when you clearly need to have some questions answered. If there are issues you want to be clarified especially if it relates to your project, your employer would prefer that you let them know.

5 Backpacking Tips for the Solo Traveler

Behold the Gorgeous Lake Kaindy
Lake Kaindy is not one of those examples. This beautiful natural occurrence is a marvel the world can appreciate.

Why This Hotel Amenity Is a Must-Have When Traveling with Kids
Kids, they’re impossible to predict. Inevitable as it seems, there are situations that we cannot control. As much as we love to take them along, more often than not, they do..