14 Food Festivals For a True Foodie

These days, there seems to be food festivals springing up everywhere you look. Sadly, most are just crowded with rows of overpriced finger foods. There are some however that are a little different and are more geared for the genuine foody.  If you’re looking for something more for yearning taste-buds, then here 14 of the world’s best best food festivals. Wildfoods Festival (Hokitika, New Zealand) 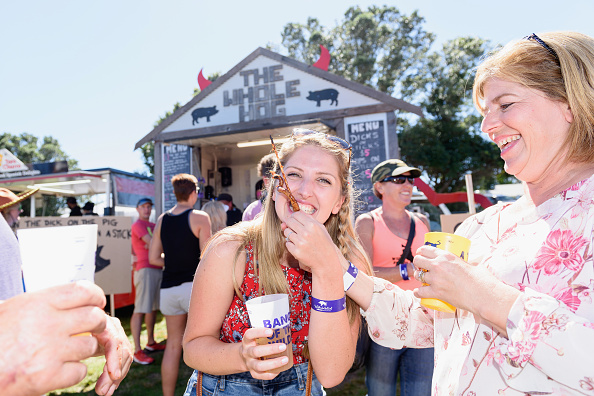 In the charming town of Hokitika, on the west coast of South Island), there is food fest held in mid-March that will have guests munching on things that they probably never imagined could be cooked into a meal (or if you prefer, eaten raw). Aside from seagull eggs and mountain oysters, you can find yourself feasting on possum cutlets while drinking gorse wine. Not what you’re hoping for? Why not try earthworms? How about huhu beetle grubs? For those with slightly tamer taste, don’t fret — they also have platters of frogs’ legs and snails in garlic for you to enjoy. 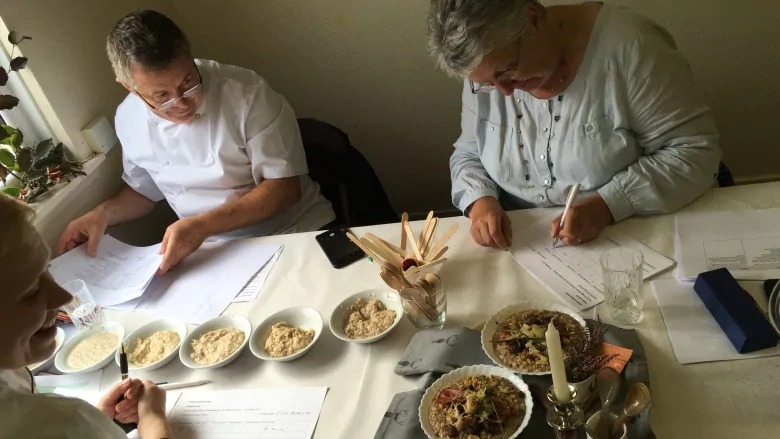 Who knew porridge could come in more than one form. From gruel to muesli, this Scottish festival is home to every single kind of oat you can imagine.  The locals have taken things to the next level by holding a highly competitive festival — that would be the World Porridge-Making Championships — at Carrbridge, a village in the Cairngorms National Park. In this event, the eventual winner is awarded a Golden Spurtle, a wooden stick historically used to swirl the contents of the porridge pot. Would-be contestants at this event, usually held between late September and early October, should take heed of a few superstitions associated with the making of this oat-based dish. For example, porridge is always referred to as “they,” stirring of the pot must always be done in a clockwise direction, and the finished dish should be eaten while standing up. 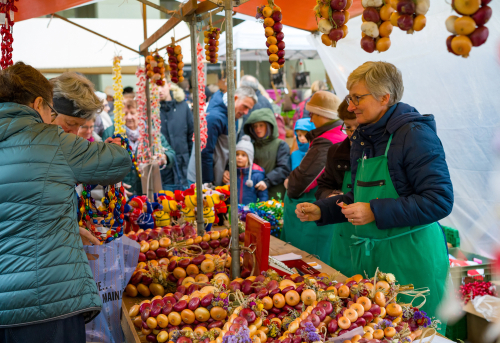 The biggest folk festival in Bern is the Onion Market. Here you will find 50 tons of onion braids, rings, and single bulbs, as well as children’s toys, textiles, jewelry, and ceramics.  One of the highlights of this festival is the confetti war, which begins at 4 PM (on the dot!). The event starts officially at 6 AM, but before that the pungent smell of onion soup and onion tarts will start to hit your nose (around 5 AM). If you throat gets a little parched, there is a Gluhwein stand just about everywhere you turn. 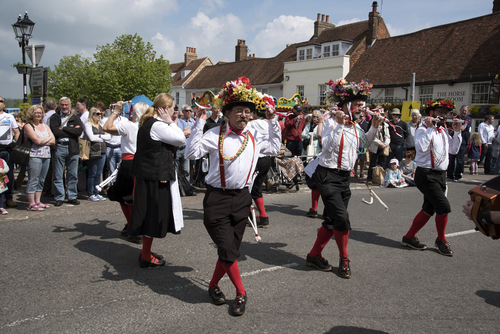 On the third Sunday in May, a quirky festival springs to life in the village of New Alresford in Hampshire, and it’s all about watercress, a versatile aquatic herb used in many traditional English foods (salads, soups, and sauces). During the event, local farmers bring their products to sell and celebrity chefs make special meals. An event highlight occurs at about 10:30 AM, when a brass trailed by Morris dancers proclaims the arrival of the Watercress King and Queen. The royal couple enters the festival while riding in a horse and cart and gives the first shoots of the year’s watercress harvest to bystanders. 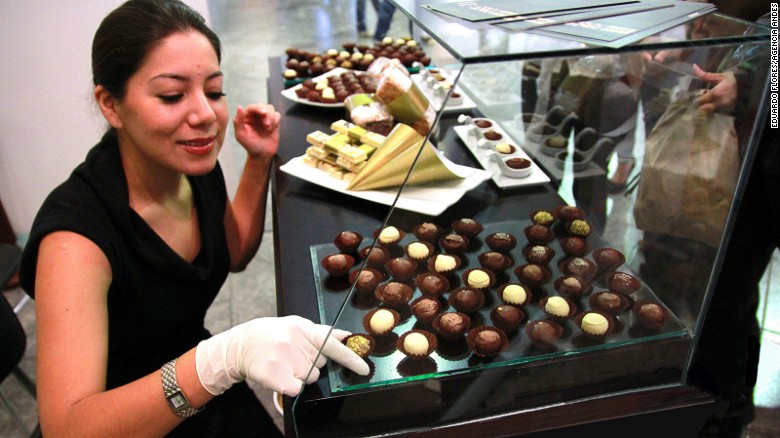 Among the many chocolate festivals held around the world, nothing really compares with Salon de Chocolate in Quito, Ecuador. No other country has produced more high-quality chocolate than Ecuador, and if you love chocolate this is not an event you should miss. This is the best place to hit if you want to taste these scrumptious goodies (for free!), particularly booths that offer tasting sessions and cookery classes Here’s a friendly tip: come early if you don’t want to get stuck in a long line of eager tasters. This event, which typically occurs in the middle of June, is expected to draw approximately 15,000 visitors. The chocolate fest culminates on the final day, when winners of various events are announced, including the perennial crowd favorite: the chocolate sculpture competition. 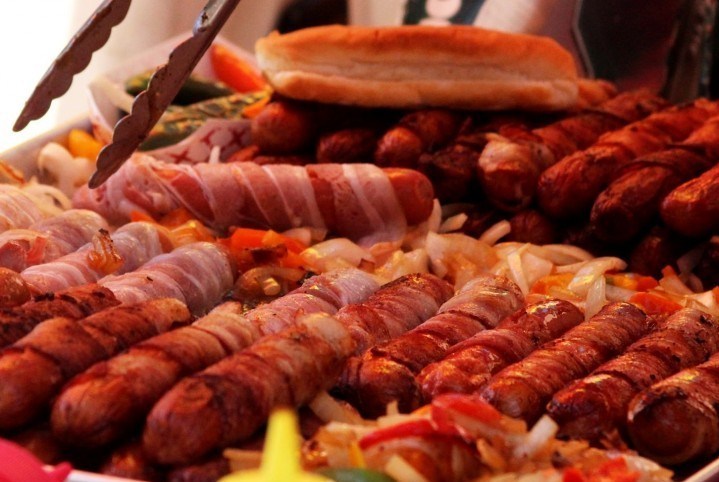 Sacramento became an attraction for ardent foodies when it started holding its own bacon festival.  The event, which is usually held in January has top chefs cooking right outside the street, using meat from organically fed hogs (note: no factory farm animals are allowed in this shindig). The dishes they whip up are supplemented with local craft beers. Some of the dishes that are typically sampled in this popular food fest are bacon salad, bacon gelato, bacon tater tots, and bacon ramen. And to make things more interesting, they even have a Kevin Bacon tribute band on the third night of this event. 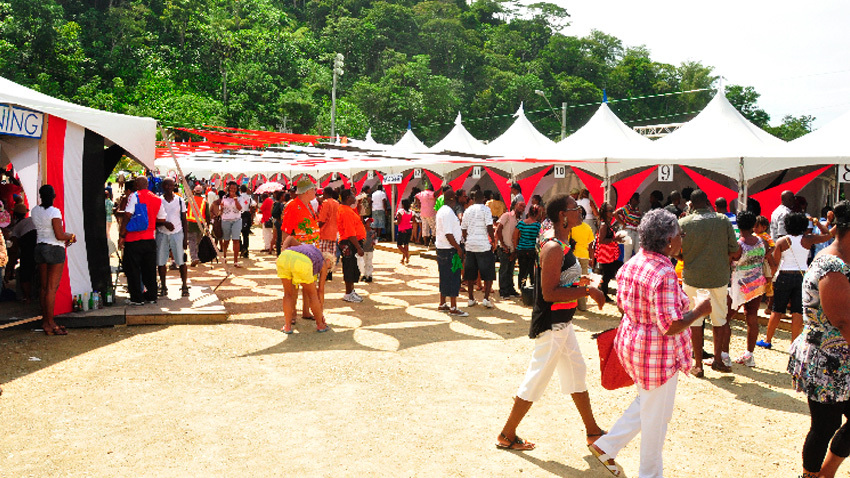 In the middle of October, there is a week-long festival in the coastal village of Bloody Bay that centers on dishes using dasheen. Dasheen, a root plant of the taro variety, is abundantly eaten across the Caribbean because it can be grown even under challenging conditions. It also turns blue when ground and cooked. The Blue Food Festival draws in thousands of participants from all walks of life, all of whom are eager to whip up inventive dishes using this plant. Live steel band music, rum stalls, and limbo dancing contribute to heighten the party atmosphere. 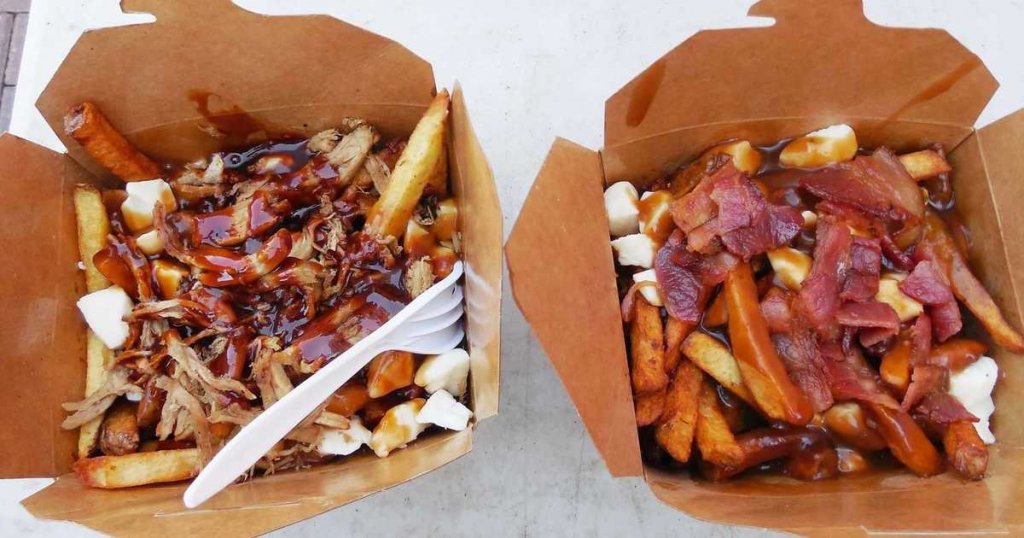 Ottawa gets in the act, too, with PoutineFest, which usually occurs in the middle of May. The star of this food fest is poutine, a uniquely Canadian dish composed of fries, cheese curds, and gravy — which makes an excellent excuse to hold a 3-day festival that features eating contests, live music, and cooking demonstrations. Aside from the traditional poutine, you can also expect to find unusual international flavors such as butter chicken poutine, pad Thai poutine, smoked salmon, beef jerky, and pulled pork poutine. if you’re willing to risk your cholesterol count, you can also go for deep-fried bacon-wrapped poutine. Festival organizers typically encourage revelers to savor their poutine at the Craft Beer Garden or maybe at a fine wines bar. 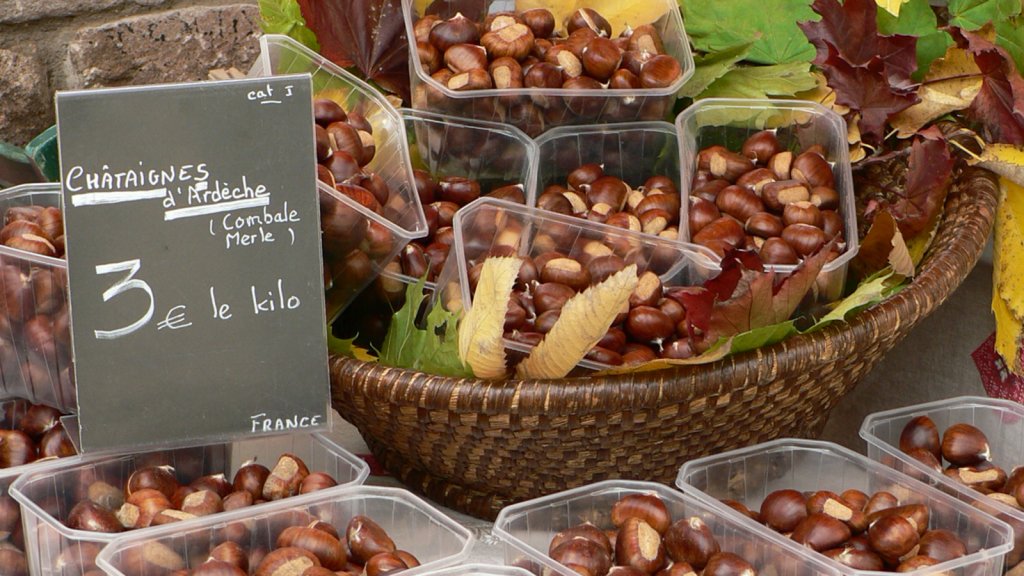 In Ardeche, the largest producer of sweet chestnuts in France (we’re talking about 62 varieties here, bud), there is a late autumn festival called Castagnades. Castagnades is all about chestnuts, an important component in Ardeche cooking; they are usually added to stews, ground into soups, or baked into a flat cake, which area residents call Pisadou. Various dishes using chestnuts can be sampled during the Castagnades chestnut festival. During the event, the chestnuts are sold fresh. In addition, they can be made into confectionery as glazed “marron glaces” or converted into a brown flour. And that’s not all — they can also be brewed into a highly alcoholic liquor or beer. 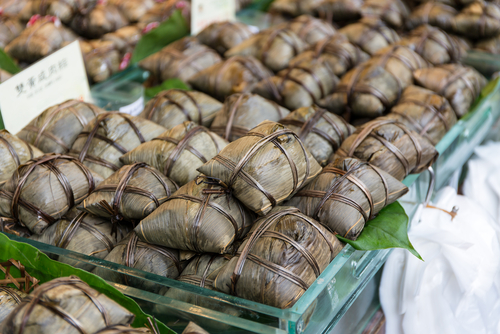 On the fifth day of the fifth Chinese lunar month, Chinese families from all parts of the world will be dining on dumplings. This day also happens to be a national holiday (June) in Hong Kong and Macau. So, what better way to celebrate this day than to hold a dumpling food festival? The zongzi dumplings that will be served on this day will be made of glutinous rice embedded with various fillings and wrapped in lotus, bamboo, or banana leaves. But what makes the day truly special is the spectacular dragon boat race; in fact, the sport is now so popular that it even has its international federation 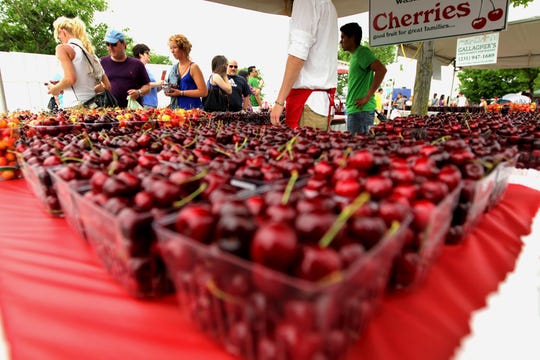 In 1852, a Presbyterian missionary planted a cherry tree; surprisingly, despite the harsh weather, the tree survived the winter and flourished. Since then, Traverse City, MI, has been closely linked with the cherry tree. At present, local orchards are supplying 75% of the country’s cherry crop, and local residents are pretty proud of that fact. And they’re not about to let you forget that either, as they have the Cherry Capital Airport, the Cherry Tree Inn, the Cherry Bomb Lacrosse Tournament, and the Toxic Cherries, a girls’ rollerblade team. So it should come as no surprise that they have a weeklong cherry festival, held every July, that includes a pie-baking contest, pit-spitting competitions, a Grand Cherry Parade, as well as the coronation event for a Cherry Queen. 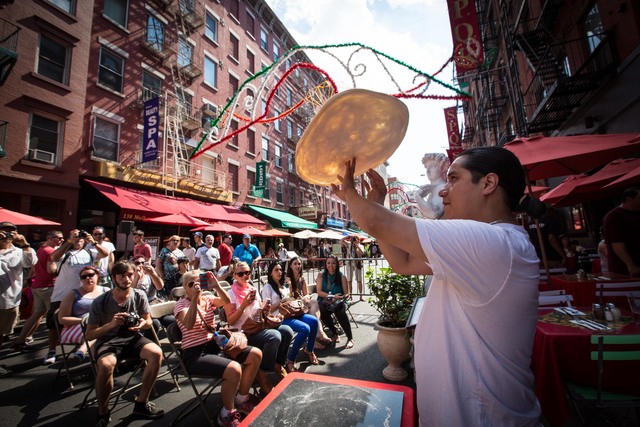 This place is a mecca for pizza lovers. During this week-long festival, which takes place in September, Lungomare Caracciolo in Naples turns into a pizza village, flocked by 500,000 visitors who gobble over 100,000 pizzas of every type. Local pizza makers make roughly 50 traditional versions with classic offerings such as Napolitana, Marinara, and Margherita taking pride of place. Highlights include highly competitive World Pizza-Making Championships and simply enjoying your pizza with Mt. Vesuvius in the background. 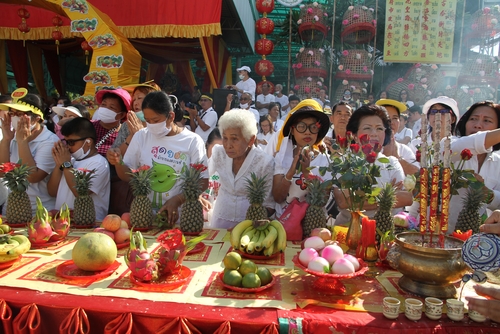 This 9-day Thai festival, which takes place between September and October each year, is perfect for vegetarians and for those who are looking for a great way to attain mind and body detoxification. During the biggest event (in Phuket Island), the local faithful would hang lanterns outside temples and parade through the streets while banging drums to scare away evil spirits. Another extraordinary display is the spectacle of devotees lost in deep trance while bathing in hot oil, walking on hot coals, or piercing their body parts. These people appear immune to the pain, confident that they are protected by the gods. With so many spell-binding sights to see, it’s rather easy to overlook the fact that the whole place is foregoing meat for 9 days (soybean and protein and substitute products are used instead). 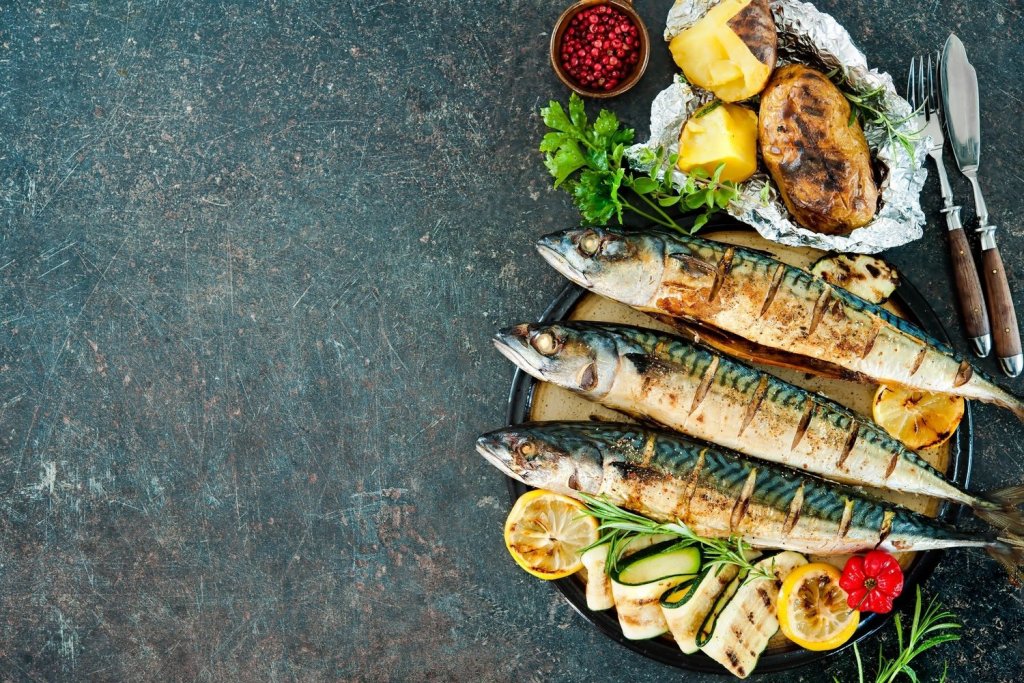 In this rather interesting festival, which is held every April, the focus is on herring (did you expect anything else?). During this time of the year in the Ringkobing Fjord in Denmark, schools of herring show up to spawn in its sheltered waters. This, naturally, draws a huge number of anglers from all over Scandinavia to the small village of Hvide Sande. Visitors (those with loads and loads of patience) have the choice of attending angling demonstrations, or they can also check out filleting workshops or fishing classes. And yes, there is also a fashion show, where models exhibit the latest line for waterproof, outdoorsy, and (ostensibly) smell-resistant garments.