The Cultivation and History of Tobacco

June 15, 2022 | Ish Bautista
Share on Facebook
The origin of tobacco dates all the way back to Mesoamerica where it was first discovered in South America. Then, it was used in ethnobotany as a type of painkiller and for treating harsh physical conditions. The tobacco leaves would also be crushed to treat earaches and toothaches. Tobacco has many uses and long-standing history, let’s discover how its leaves were cultivated and its many uses in history.

Cultivating tobacco was a methodical and tedious process. It would take a few years for the tobacco to cure and the first step would be to cover them in the hay to let them “sweat.” This was one of the oldest methods of sweating tobacco and in the 1620s, tobacco barns ended up hanging the tobacco leaves over rails for curing and this method was much more efficient. The curing process would take up to six weeks until the leaves turn. Afterward, the tobacco farmers would hit the leaves then lay them on the ground to sweat again for two weeks. After sweating, sorting was the next step. The leaves would be stretched when they’re dry and later used for smoking purposes.

The way tobacco was prepared for transport was simple. The leaves were twisted and rolled and shaped in a rope. It was also sometimes rolled into a ball form and could weigh up to 100 pounds! These tobacco balls would then be transported in barrels and shipped to England and other parts of the world.  Merchant vessels would travel from dock to dock to pick up the barrels filled with tobacco waiting for them at the entrance of different ports. 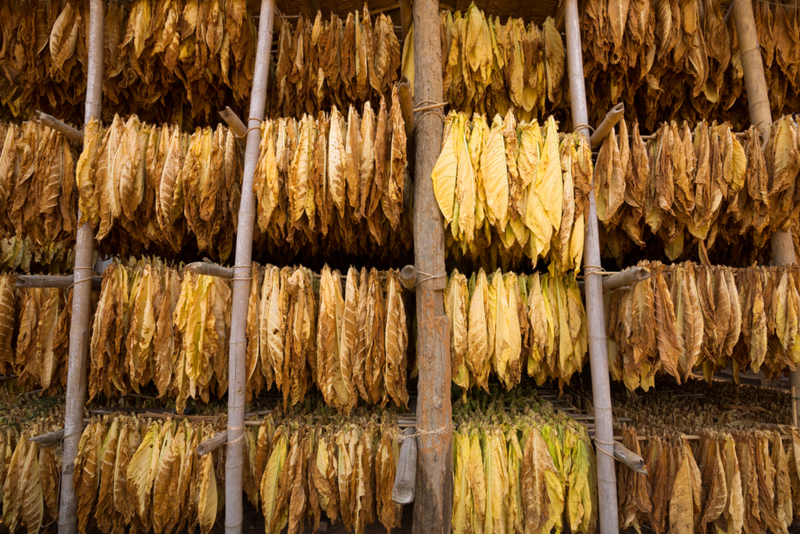 Tobacco farms still exist today and tobacco products are still widely used all around the world. While many people use it today to unwind and destress, it still possesses health hazards and should be used sparingly. Billions of dollars flow into tobacco companies now and they’re making a profit from it way more than its earlier discoverers. The use of tobacco has transformed into a global business now but despite this, it’s great to hear where it originated from and how it came to be popularised.