What is a Sak Yant Tattoo From Thailand?

May 8, 2022 | Ish Bautista
Share on Facebook
Tattoos date back to the Germanic and Celtic tribes where the artform was part and parcel of their cultural traditions. It was used for multiple reasons such as healing and sometimes even religious worship. Its earliest recorded forms were between 3370 BC and 3100 BC. Egypt’s love for tattooing spread to many countries such as Crete, Arabia, Greece and even making its way to China. In the Polynesian islands, tattoos were considered a second skin and the warriors would wear them with pride. In today’s age, tattoos are more culturally acceptable and many people are acquiring them for their own freedom of expression. 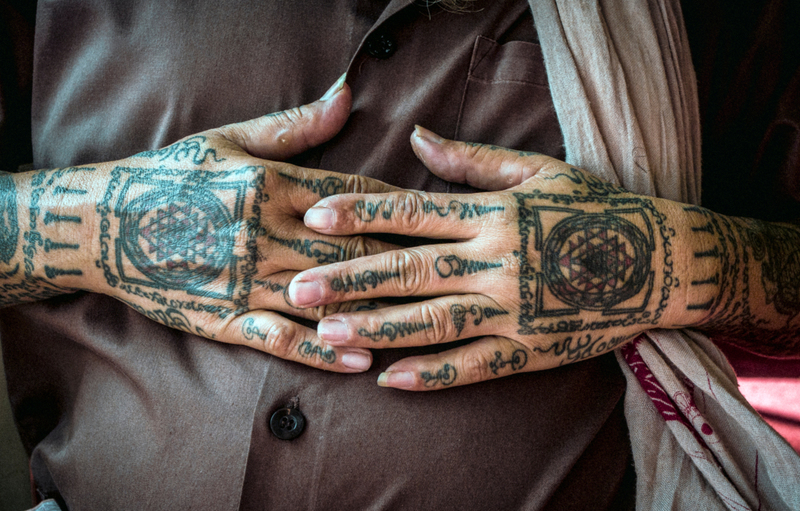 Shutterstock
In Thailand, the art of Sak Yant tattooing is being kept alive. “Sak” in Thai means to tap while “Yant” pertains to the Sanskrit word meaning prayer. Sak Yants are usually done by Buddhist monks or “holy men”. Some of the Yantra designs existed in Hindu India and were later adapted by Thais when Buddhism found a stronghold in Thailand from its neighboring country, India. Sak Yant tattoos are deemed one of the strongest forms of protection and it’s also used as a talisman to encourage one’s goals and achievements. Before the art of Sak Yant tattooing is performed, a Buddhist monk or Sak Yant Ajarn (master teacher) needs to utter a few prayers. After they pre-bless the tattoo, a final blessing is done to complete the verbal part of the ceremony. The master usually imparts words of luck and some of the prayers are meant to activate the power of the Sak Yant tattoo. This traditional form of tattooing is usually held in a temple and it can’t be done from a tattoo shop. 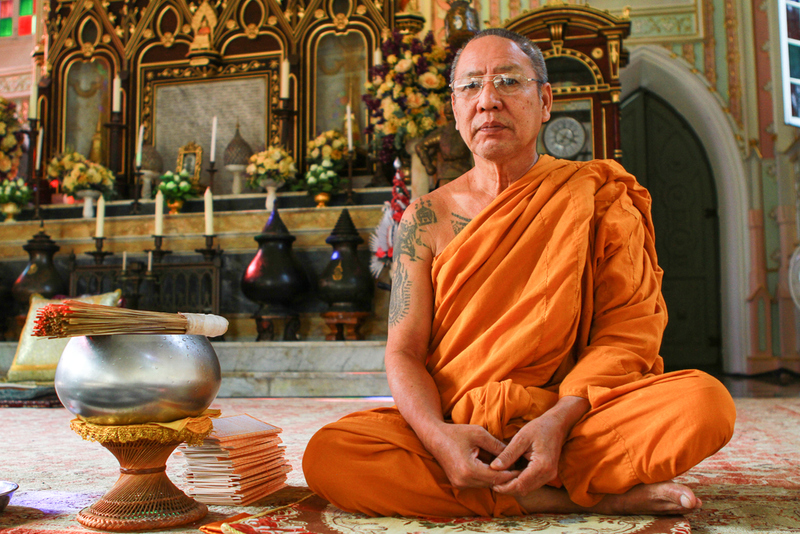 Shutterstock
There are many designs and symbols of Sri Yantra but some of the most popular ones are called Ong Phra and Ha-theaeo. Ong Phra is a standalone design that’s a symbol of guidance and illumination. It also used common Yantra elements and can be incorporated into almost any design. The Ha-thaeo is traditionally designed on the person’s back in the left shoulder region and its design is composed of five rows. The five lines relate to a different blessing meant for good luck and lifelong success. 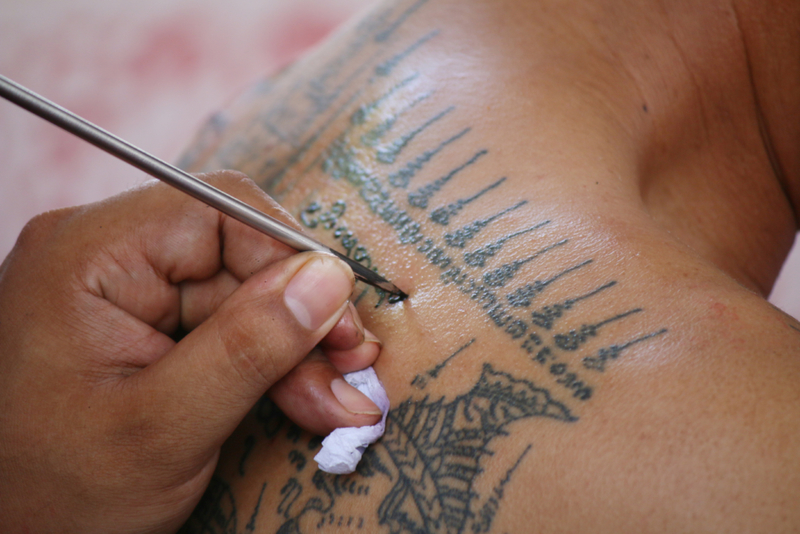 Shutterstock
The Sak Yant tattoos are not solely related to Buddhist traditions, but instead, it’s a fusion of Asian and shamanistic traditions that predates religion. In Thailand today, monks are usually taught to learn the ancient art of Sak Yant tattooing to carry on their sacred art form. People from all over the world visit Thailand for this sacred art form because it’s more than just a tattoo, it’s about bearing and wearing a piece of history on one’s skin.