Arnold Palmer: What You Didn’t Know About The Golf Legend

October 24, 2020 | Zoe Karbe
Share on Facebook
Whether or not you’re a fan of golf, you’ve likely heard the name, Arnold Palmer. As far back as 1955, he was grabbing up PGA Tour Champions. But there’s more to the golf legend than you might think. From his crazy adventures around the world to his friendship with Mister Rogers, here are some interesting facts about the king of golf. 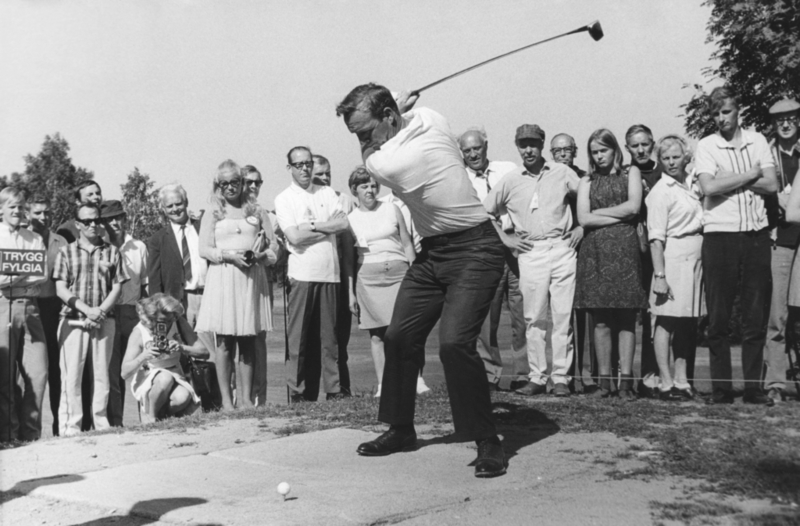 While Palmer was nicknamed the King of Golf, he never actually won a Grand Slam (that’s the Masters’ Tournament, the PGA Championship, the U.S. Open, and the British Open). Somehow he never got that one right. He did later express how he would have loved to win it, not necessarily for his own sense of accomplishment, but rather, just to make his father proud. Sweet.

As a Pittsburg native, he was practically neighbors with Fred Rogers himself, AKA Mister Rogers! Yup, the two grew up just a few miles apart, but never actually met until later in life. They started out as penpals and eventually were hanging out as best friends. It was a true bromance. They even celebrated holidays together with their families. You can find the letters they shared at the Rogers Center.

In 1962 Palmer became the first professional golfer to fly from tournament to tournament, thanks to his nifty new purchase of a used twin-prop Aero Commander. In 1966, he was flying jets across the world, together with his two copilots and one observer. In later years, he set a world record for his jet’s weight category when he circumnavigated the globe in 57 hours, 25 minutes, and 42 seconds in 1976

The man even has a drink named after him. The Arnold Palmer is a mix of iced tea and lemonade and was named after the golfing king who loved to cool down after a long hot day on the golf course during the 60s in his Palm Springs days. When some women a few tables spotted him with the drink in his hand they told the waiter, “I’ll have that Arnold Palmer drink,” and so it stuck.

Ukeireru: The Japanese Art Of Acceptance
In Japan, they have numerous words that mean "acceptance." Depending on who you are with and the situation you find yourself in, finding the right words to express acceptance varies..

Master Your Next Phone Interview With These Tips
Interviewing for a new job is always stressful. It can bring up feelings of anxiety and make you feel overwhelmed. While typically this interview process is held in person, some..

These Forgotten Gems From the 2000s Will Give You Serious Nostalgia
It's hard to think about the days before streaming TV and social media filters, but in truth, it wasn't that long ago. The 2000s was a time when mp3 players seemed like the future,..