How to Eat Healthy Without Giving Up on Sugar

In the past, fats were always considered to be the biggest villain in one’s diet. Now, the sugar-free diet has made its way into the health and wellness space, and it seems to be number one on people’s lists on their resolutions for the coming year. Sugar-free diets generally promote avoiding or eliminating sucrose (commonly known as table sugar), soft drinks, honey and maple syrup, sweets, refined flour, and even some fruits like bananas. Aside from obviously sweet food, it also recommends avoiding, if not totally removing dairy products from one’s diet. 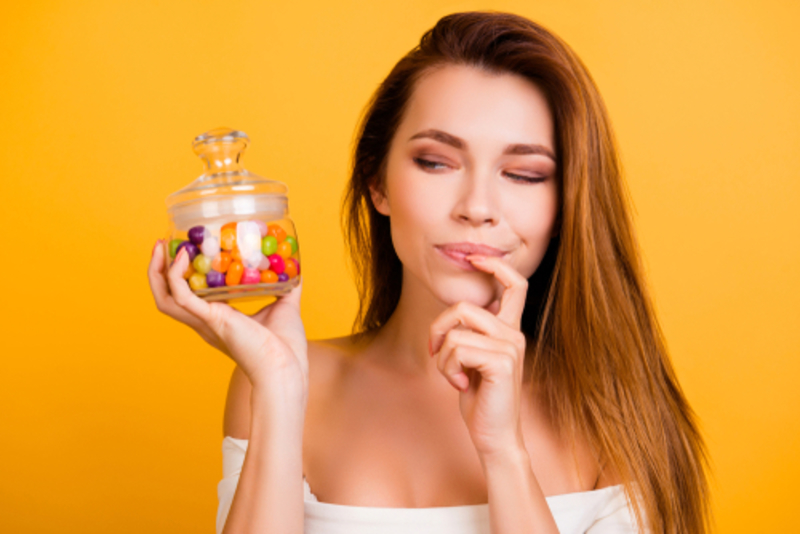 The premise of the diet is that too much sugar in the diet can lead to obesity, thereby increasing the chance of developing illnesses such as cancer, type 2 diabetes, and heart disease. The average American eats about 20 teaspoons of sugar in a day, and that’s definitely too much of the sweet stuff that is necessary.  While it’s important to cut back on sugar, it doesn’t necessarily mean that you have to avoid it entirely.

Quitting sugar isn’t likely to improve your health on its own, rather, it’s more important to eat more fruits and vegetables, avoid processed foods and cook meals from scratch, and reduce sugar intake. The sugar-free diet can be confusing and lays down a random set of rules that have no scientific basis to back it up. Worse, it is a restrictive diet that can cause food phobia or and unhealthy food relationship. 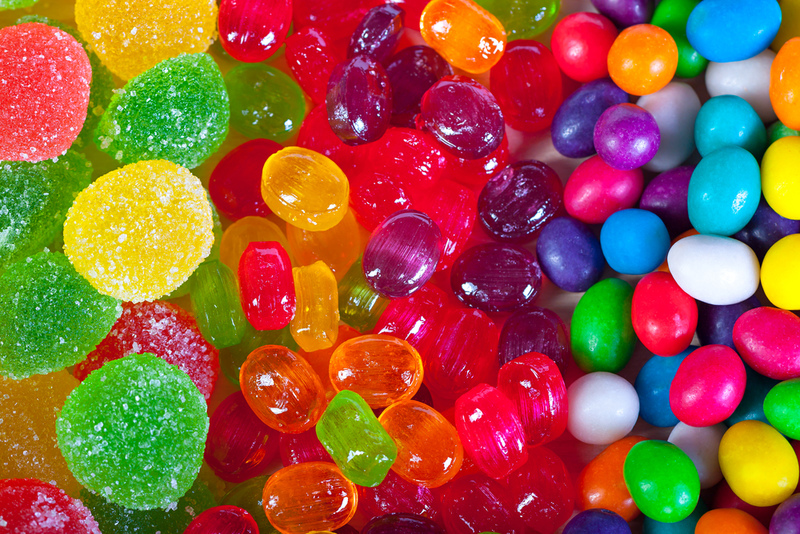 Diet State of Mind The sugar-free diet puts some foods off-limits, with an “allowed” and “not allowed” list. Foods that are allowed include grapefruits, whole grains, and blueberries while those that aren’t allowed include raisins, white bread, and bananas. This kind of diet leads to a mentality wherein its followers feel worried about inadvertently eating something that is not on the allowed list. People who are worried about food are usually those who get themselves into diet programs.

This can be brought about by concerns about their weight or that certain nutrients can have an impact on their health. According to research, dieting is not an effective long-term solution and can even cause more weight gain in the long run.

The brain processes food restriction and dieting as a form of scarcity and tends to make the body store fats for future use. Dieting can also be stressful. Stress leads to the production of cortisol, a stress hormone that also causes the body to store fats, specifically in the area of the abdomen. It can also lead to a condition called orthorexia, wherein a person constantly worries about food and experiences depression, stress, and anxiety.

A person with orthorexia has an overpowering obsession with eating healthy food. They spend a lot of time worrying and thinking about food and removing foods that they believe to be unhealthy or impure. Some experts say that this kind of behavior often leads to an eating disorder, while some believe that it is a kind of eating disorder.

Based on estimates, about 7% to 58% of the population have this condition. However, there are no set criteria for the diagnosis of orthorexia, making it difficult to diagnose and establish an exact number of occurrences. Facts do say that about 15% of women go through an eating disorder at some point in their lives so it’s important that when it comes to giving health advice, it doesn’t encourage eating disorders, regardless of how good our intentions are. 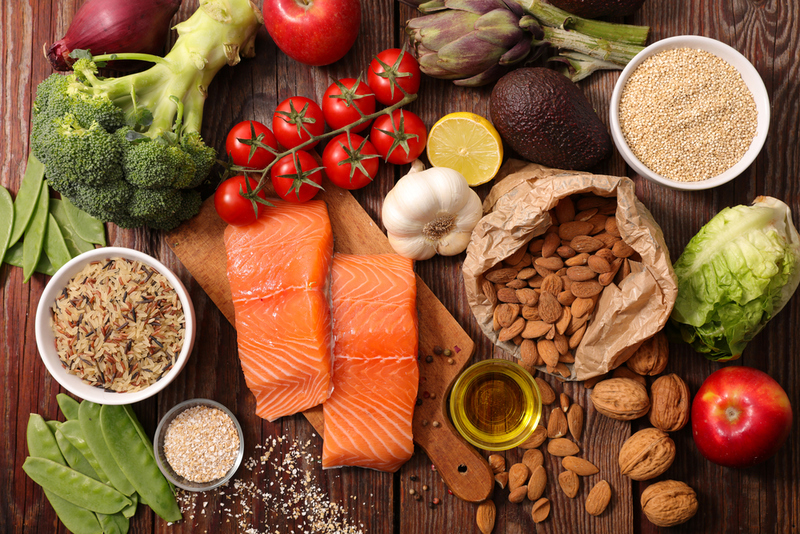 Cutting back on the good stuff Some sugar-free diets recommend people to reduce or even eliminate healthy food and food groups from their diet, without any evidence to back up their guidelines. This enables the dietary restriction cycle or food fear which in turn may contribute to nutrient deficiencies.

Such diets also advise avoiding fruit for a certain period of time, before re-introducing a limited list of allowed fruits, which are usually expensive like berries. It opts to leave out the cheaper fruits that they consider unhealthy like bananas. Whole fruit is an excellent source not of fiber, but of antioxidants, vitamins, and minerals too. Eating 2 servings for fruit per day is known to reduce the chance of getting type 2 diabetes, some cancers, and heart disease.

The average American adult, however, only eats half the daily requirement for fruits, and restricting fruits in the diet can cause people to miss out on these health benefits. A lot of sugar-free diets also advise avoiding dairy products like cheese, milk, and yogurt, due to the sugar content present in these foods. The sugar present in plain dairy products, however, us a natural carbohydrate, lactose, which gives no basis to fear. Avoiding the consumption of dairy unduly can increase the chance of getting osteoporosis in the future, especially if no other calcium replacement is taken in lieu of it. 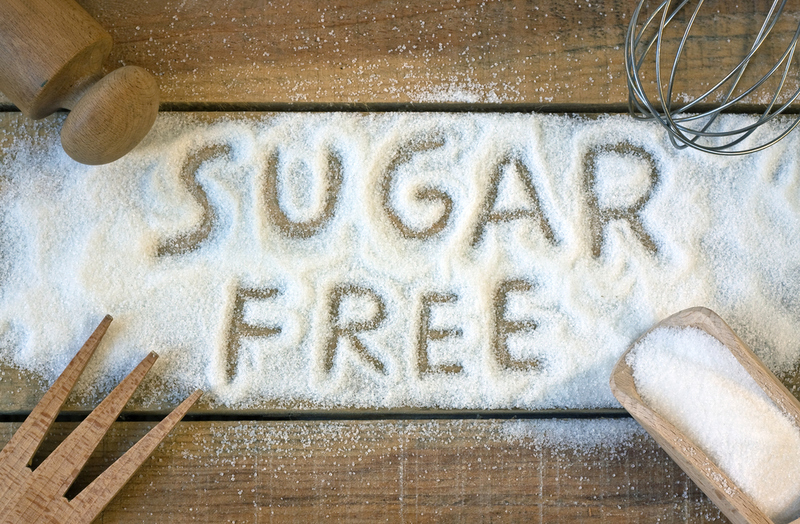 Replacing sugar Oddly enough, a lot of sugar-free recipes utilize sugar alternatives that are quite expensive like maple syrup (sometimes it’s allowed, in some cases, it’s not), rice malt syrup (known for having low fructose content), and dates.

However, these still are considered sugars and still have the same calorie content per gram as other types of sugar. These replacements do not have any other health benefits apart from dates which are a good source of fiber, and rice malt syrup, which is a beneficial option if you have issues with fructose malabsorption. People tend to eat more of foods that contain these alternatives thinking that they are sugar-free and can lead to accidental weight gain.

A study discovered that people consumed roughly 35% more of a particular snack when it was perceived as healthier. What you can do Fruit is your friend, not a foe. Eat plenty of fresh fruits, beans, whole grains, and legumes. It’s advisable to eat less sugar and reduce sugar intake from one’s diet, but you don’t have to eliminate it completely in order to stay healthy.

Eating chocolate cake is okay if it’s only sometimes, then take the time to enjoy it. That way, you won’t end up craving it again after a few hours just because you didn’t get to savor it the first time around. No matter your food preferences, keep in mind that health is not defined by the number that registers on the scale. It’s also not characterized by the foods you avoid and the size of your waist. At the end of the day, physical health is equally as important as psychological health and how we see our food.

The Health Benefits of Parsley

Clever Ways To Make Your PB&J Healthier
The rise in the popularity of peanut butter in the United States has been remarkable. Machines that could produce peanut butter didn't become a thing until 1903, and the..

Paleo and Keto Friendly Crispy Coconut Shrimp
Deep fried shrimp with crunchy, tasty breading is without a doubt a welcome delicacy to anyone regardless if the person is a seafood lover or not. But cooking shrimp by..

What’s the Deal with Canned Goods?
According to the Canned Food Alliance (CFA), 84% of the population in North America alone depend on canned food to prepare meals at least twice a week.