Three Questions from Tolstoy That Will Make You A Better Parent

Leo Tolstoy’s “War and Peace”is one of the world’s finest literary achievements.  As a parent, one of the most inspirational compositions of the Russian author, is a 132-year-old short story that has less than 1,600 words. Believe me, as a slow reader, it will only take you seven minutes to finish the book.

If seven minutes is too much, let me summarize it in 300 words. “The Three Questions,” a parable penned by Tolstoy features an emperor who looks for a holy man on a mountain to help him answer the questions he believes will make him a great ruler. The emperor’s three questions are: What is the right time to begin something? Who are the right people to listen to? What is the most important thing to do?

The holy man is too wise a teacher to just tell the emperor the answers right away. Wisdom needs to be acquired instead of just handed out. So while the king patiently waits for the answers, he helps the old man toil a garden he’s struggling to begin.

Later in  the story, the two men are disrupted by the cries of the wounded man, who turns out to have been stabbed. The holy man and the ruler quickly bandage him up to save his life.

They later find out that the man was in fact that to kill the emperor and avenge his brother’s death in war.  The wounded man had been eagerly waiting to assassinate the emperor but got impatient waiting for his return from the mountain. He decides to leave. As he indiscreetly emerges from hiding, the emperor’s guards almost kill him.

That’s when the old man and the emperor step in and save his life. In consideration of the heroic act of the king, the assassin reconciles with him. The holy man’s garden is finished and the king finally receives the desires of his heart: the answers to his three questions.

The wise man shares his three answers: “There is only one time that is important — now!,” the most necessary person is the one with whom you are,” and the most important thing to do is “do that person good.” Should the emperor got impatient and didn’t stay to help excavate the garden and saved the assassin, he or his enemy would have been dead. How is this classic story significant to parenting? 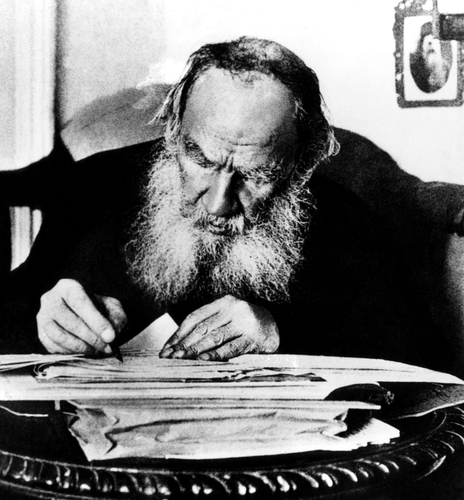 The time spent with your children is the most important time. They are the most valuable people at that time. And the most relevant thing to do is to give them your full attention and do them good. Simple lessons are not always easy to apply.

However, the parable is a reminder that we should be mindful of the most important people in our lives, at all times. One interesting way to remind myself is to read Jon J. Muth’s version of the short story to my daughters.

The creatively illustrated book remakes Tolstoy’s store with animal characters (without the violence). The character of the emperor becomes a young boy, the holy man the turtle and the assassin becomes a young panda and his mother. My daughters love the tale but I feel the lessons are more for me than them.

5 Ways to Get Your Kids Out of Bed on Time and Beat Daylight Savings
It’s almost Daylight Savings Time, and that means dealing with something that kids don't love... getting out of bed early. To make sure that your kids get enough sleep and..

5 Simple Ways to Get Your Child to Wear a Helmet
Unfortunately, bicycle-related injuries are more common than we think, and most of them can be prevented by wearing a helmet.

Time-Out for Your Kid’s Screen-Time
With technology being a part of daily lives, parents have integrated screens into their parenting ways. It acts as an imperative tool of education for toddlers but has the..