A Brief Look At The History of Marriage

Matrimonial ceremonies, in which a man and a woman are united through a ritual sanctioned by authorities (religious or legal), are almost as old as civilization itself. In fact, marriage of some kind can be found in practically every society. However, throughout the centuries, marriage has evolved to take on many different forms.

In the early days, the practice of marriage was developed as a way for ancient societies to secure a safe environment in which to breed, protect bloodlines, and manage the granting of property rights. For example, in the olden days, when a man dies, Hebrew law obliged his brother to marry his widow. Yet, even during those times, marital unions were as much about love and desire as it was about economic and social stability.  The simple round design of the proverbial engagement ring — an enduring custom that traces its roots to Ancient Rome — is supposed to symbolize perpetuity and everlasting union.

In those days, it was believed that a nerve or a vein from the ring finger of the left hand was directly connected to the heart. Moreover, the origins of many modern-day marriage customs can be traced to ancient practices. For instance, to boost fertility, newlyweds would sip a drink brewed from honey during specific lunar phases. It is from this custom that the origin of the word “honeymoon” was derived.

The concept of marriage differed significantly from culture to culture. Some groups regarded marriage as endogamous — in which men were expected to marry within their own social group, family, clan, or tribe. There were those who saw the institution as exogamous (where one is expected to marry outside the geographical region or social group) and those who saw polygamy as the best option (only men were allowed to take multiple wives). Towards the end of the Roman Empire, the practice of polygamy was prohibited; along with it were laws that also banned fornication, adultery, and other relationships outside a monogamous relationship. It is at this point that the concept of modern marriage began to take shape and later spread to the modern Western world.

In Europe, marriage was historically regarded as a civil institution. About 5 AD, major Christian theologians such as Augustine began expounding about marriage; consequently, the Christian Church started to get interested in the ceremony. From this point on, Christians began to ask ministers to conduct the ceremony in Christian gatherings. In the 12th century, the Roman Catholic Church officially defined marriage as a sacrament, sanctioned by God. Catholics continue to believe that the sacrament of matrimony is between God, the groom, and the bride. On the other hand, Reformation of the 16th century redefined marriage as a lifelong and monogamous covenant between a man and a woman. 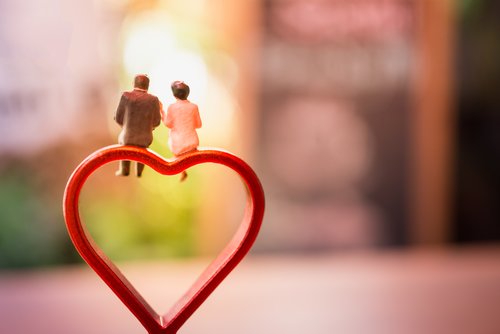 During Victorian times, people began to regard romantic love as the principal requirement for marriage, and courting rituals became even more formal. An interested gentleman had to be formally introduced to the object of his affection first before he could actually talk to her or for the couple to be seen together. After the formal introduction, if a gentleman wished to escort a lady home from a social engagement, he is expected to present his card to her; by the end of the evening, the woman will then check her options (cards) and select who would be her escort. She would then notify the gentleman by handing him her own card along with the request that he escort her home.

Courting took place in the girl’s house, under the vigilant eyes of her parents or her chaperone. If things go well, the couple may even progress to the front porch. In those days, couples were rarely seen together without a chaperone; moreover, marriage proposals were often made through letters.

I Want a Divorce

Divorce has been around for almost as long as marriage has, so that should tell you just how much we have progressed at this marriage thing. Among the Greeks, divorce was liberally allowed; the party making the request had to submit their petition to a magistrate, who would then have to determine the merits of such a request.

By contrast, in early Roman culture divorce was a rare occurrence. Nevertheless, as the empire started to grow in power and authority, civil law accepted the concept that either party (husband or wife) could freely renounce the marriage. In the past thousand years, divorce was largely viewed with disapproval; in fact, in the early days of Christianity, the only ‘proper’ way to end a marriage was via annulment — a status that only the Church could grant. Naturally, a British king — who wanted to divorce his wife — was having none of that. In 1533, Henry VIII memorably severed England’s ties with the Catholic Church and changed the face of his nation forever, simply because he wanted to dissolve his marital ties with Catherine of Aragon and marry Anne Boleyn.

During the 16th and 17th century, in many parts of Europe and America, the practice of “bundling” was extensively observed. This practice allowed courting couples to be in the same bed — but fully clothed and with ‘bundling board’ between them. This enabled them to talk and get better acquainted while inside the girl’s house.

In some parts of Europe during the 18th century, a small loaf of bread or a biscuit was broken into pieces over the head of the bride as she exited the church. Guests who were not married would rush to get the pieces and later place them under their pillows to improve their chances of getting married. Many people believe that this bizarre custom is the precursor of the modern-day (well, relatively speaking) tradition of having a wedding cake.