Stave Off Heart Diseases With An Egg A Day

In a study conducted in China with over 400,000 adults as participants, results show that eating one egg on a daily basis may help reduce the risk of getting cardiovascular disease. The results of the research, which was published on Monday in the Heart Journal, showed that people who ate eggs every day had an 18% decreased chance of death due to cardiovascular diseases such as stroke and heart attack, compared to adults who didn’t eat eggs quite as regularly.

More commonly known as heart disease, cardiovascular diseases encompass a whole range of illnesses of the heart including arrhythmias, problems with the heart valve, heart failure, heart attacks, and strokes. Some of the factors that can contribute to the development of heart disease include high blood sugar, increased blood pressure, obesity or higher than normal weight. Smoking, lack of physical activity, poor diet, and excessive use of alcohol can also trigger or worsen heart conditions.   Eggs as an ‘unusual’ nutrition source 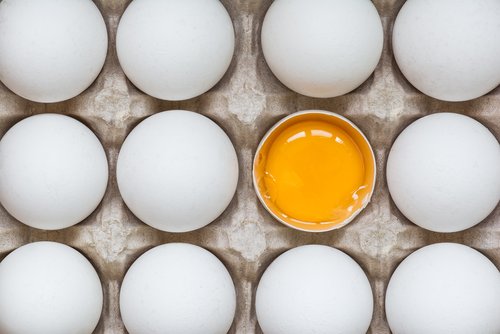 In the past, it was not uncommon for doctors to advise their patients to avoid eating eggs in huge amounts.   According to Canqing Yu, an associate professor in Beijing’s Peking University School of Public Health and a co-author of the published study, eggs are considered a source of high-quality protein and other nutritional value, however, they also contain a high amount of cholesterol which was believed to be harmful.  But looking at previous studies looking into the link between the consumption of eggs and the development of cardiovascular diseases, the sample size is quite small, not to mention that the information is limited. Yu said that past studies only gave minimum evidence using the Chinese population and these subjects can have a wide variance in terms of lifestyle behaviors, disease patterns, and dietary habits.

This is one of the major reasons why Yu and his colleagues decided to investigate further, the relationship between the consumption of eggs and heart disease.   They started off their research by using information from a present study being conducted involving 500,000 adults living among 10 different regions of China. They then selected a focus group of 416,213 participants who never had a medical diagnosis of diabetes, cancer, and cardiovascular disease.

Over 13% of their adult participants within the age group of 30 to 79 said that they consumed one egg a day while another 9% said that they never or very rarely eat eggs. Majority of the participants also ate chicken eggs, not duck eggs, said Yu.   In a span of almost close to 9 years, Yu and his research team monitored the selected group. They focused their research on significant coronary events like heart attacks or strokes, specifically hemorrhagic and ischemic strokes. Hemorrhagic stroke occurs when a blood vessel ruptures in the brain, usually caused by uncontrolled and high blood pressure.

Ischemic stroke, on the other hand, happens as a result of a blood vessel in the brain becomes blocked, normally by a blood clot, reducing the blood supply in the brain.   In China, cardiovascular diseases continue to be the leading cause of death in the country. Yu also said that cardiovascular diseases account for half of the country’s total deaths. Stroke, including ischemic and hemorrhagic strokes, are the leading cause of premature death, with ischemic heart disease following as a close second.

During the course of their follow-up in their study, they found out that 9,985 of their participants died of cardiovascular disease, with an additional 5,103 of them experiencing a major coronary event. Almost 84,000 other participants from their research group were also found to have heart disease in this period. Upon analyzing the data, the research team found that eating an egg on a daily basis did have a link with the health of the heart, in that it specifically helps reduce the risk of getting cardiovascular conditions.

Their study also showed that the participants who ate up to an egg daily had a reduced risk of getting hemorrhagic stroke by as much as 26%. Hemorrhagic stroke is more common in China, compared to other high-income countries such as the United States. Based on the study, it was revealed that there is a 28% lower chance of dying from this particular type of stroke when a person eats eggs, In term of ischemic heart disease, those who ate eggs were also more protected from the disease by as much as 12%. Ischemic heart disease is often detected in individuals who manifest early signs and symptoms of poor blood flow to the brain.

Yu shared that based on the results of their study, eating eggs moderately, that is, consuming less that one per day, is linked to a reduced incidence of cardiovascular disease, hemorrhagic stroke in particular. He also said that their new research is the most potent project to discover such an effect.   On the flip-side, the research team was only able to gather basic information about the participants’ egg consumption habits and this served as a deterrent from getting more precise results. Yu said that they should also be careful when interpreting their data, especially when taken in the context of different lifestyle habits and dietary patterns from China.   Eating eggs as a part of a healthy diet 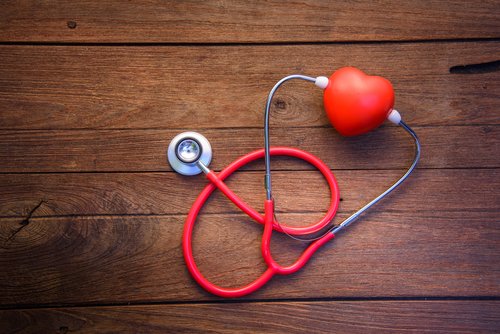 For Caroline Richard, an assistant professor of environmental sciences and agricultural life at Edmonton’s University of Alberta, the new study is based mainly on observation and does not show a direct cause and effect relationship between the consumption of eggs and the risk of getting heart disease.

She adds that there was a very large study group involved and that that fact alone is commendable and that the research team has done an excellent job in making sure that they can control other factors that can affect the study. Richard was not involved in the research.   Her own review of the studies show that when participants are given anywhere from 6 to 12 weeks a week, no significant change occurs in the risk factors for heart disease, such as cholesterol, increased blood sugar, and inflammation. She also added that several studies included in their review did find a positive effect of eating eggs when it comes to the HDL cholesterol, also known as the good cholesterol.

Richard said that the new study does give a similar message that in essence, egg consumption does not increase one’s chances of developing cardiovascular disease.   According to Richard, there are also some studies that suggest that eating eggs can increase the likelihood of getting diabetes. However, the study failed to assess the risk of getting diabetes, probably because diabetes is a relatively new disease in China and there’s no proper documentation yet of who has it in the country. She also said that the study still provides crucial data that can help China develop dietary guidelines for disease prevention.

Cardiovascular disease is now the primary cause of death and disability in the world, according to the World Health Organization (WHO). It claims the lives of 17.7 million people each year, and 31% of global deaths every year can be attributed to the disease.   Richard added that she believes that eating eggs as part of a healthy diet won’t increase the chance of developing heart disease, stating that this new study is another testament to that.

Healthy Snacks to Enjoy While on a Diet